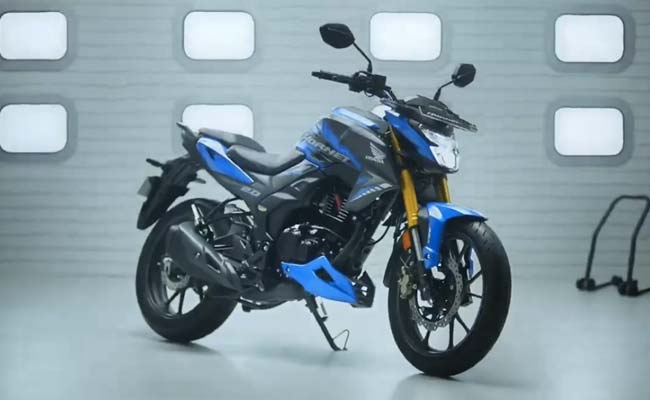 Honda is about to launch the Hornet 2.0 to lead in the two-wheeler market segment. The Hornet 2.0 variant is the revamped version of the Honda CBF190R prevailing on the two-wheeler market in China. To boost market position, Honda also declared that it would broaden its portfolio further. CBF190TR already holds a place on the Chinese market. Indian market could see another motorcycle coming up after Hornet 2.0. Design features of Hornet 2.0 are similar to those of bigger Honda Sports vehicles like CB1000R Plus and CB300R.

To clarify, Honda Hornet 2.0 is a184CC motorbike and not 200CC, as believed by most people on the market. With its upside-down front fork, the bike can easily handle bumps. The mono-shock rear suspension increases stability. The Hornet 2.0 version is equipped with 17-inch alloy wheels having 110/70 section tires at the front and 140/70 section tires at the back with a single-channel ABS. The bike has all around it, dashing LED lights, LED headlamps, X-shaped LED tail-lamps, and LED winkers. The bike has a digital feature showing service due to indication, gear position indication, battery usage indication.

Talking about the pricing, Hornet 2.0 is available at Rs. 1.26 lakh (ex-showroom, Haryana) and is placed for competing with TVS Apache RTR 180, which is priced around Rs. 1.08 lakh. It will surely lead among other bikes offering above 180CC engines including Hero Xtreme 200R. The bike is powered to produce 17bhp at 8,500 rpm and 16.1Nm torque at 6,000 rpm. It accelerates to 100 kmph from 0 kmph in no more than 11.25 seconds and works one a 5-speed gearbox system. Expected to be placed superior to Hornet2.0, CBF190TR will be priced at Rs. 1.35 lakh, and also Yamaha is expected to launch XSR 155 café racer based on the MT15 platform.