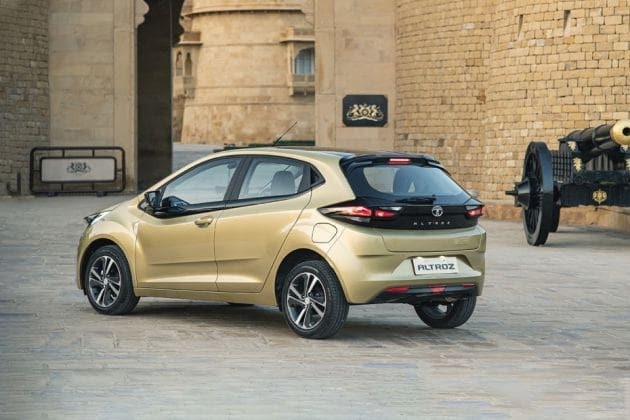 The Tata Altroz turbo petrol will be equipped with a 1.2-litre turbocharged petrol engine. This engine will be able to deliver the power of about 108bhp and a torque of 140Nm. This model is the detuned version of Nexon’s Revotron motor. The premium hatchback may also come with an all-new 7-speed dual-clutch transmission or DCT with a manual gearbox.

The new DCT unit will be taken from the Punch, while the gear shifter and other important parts will be sourced from Lumax and Schaeffler. According to the carmaker, the dual-clutch gearbox is a feasible option as compared to the conventional DC T or torque converter transmissions. The styling, as well as the Turbo badging at the rear end, is similar to the original model.

The Harrier is smaller as compared to the Tata Gravitas SUV. The wheelbase of the Gravitas is also similar to Harrier. The length and height are enhanced by 63mm and 80mm, respectively. There will be an additional third row of seats because of the stepped roof and longer rear overhangs. Minor alterations can be added to the model to make it slightly different from the Harrier.

There will be a 2.0 litre, 4-cylinder diesel engine, similar to that of the Harrier. The BS6 compliant motor is capable of churning up power worth 168bhp and a torque of 350Nm. There will either be a 6-speed manual gearbox or a 6-speed torque converter automatic.