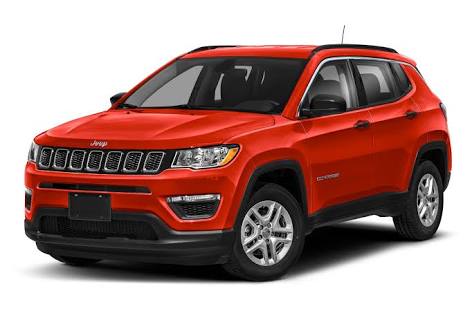 The first look of the 2020Jeep Compassfacelift SUV has for the first time been caught on camera but was heavily camouflaged to cover the exterior and interior details of the vehicles.

The Jeep Compass which was launched in the International markets in 2016 badly needed an update to help it retain its place in the market. So the American carmaker has come up with its new facelifted version which will come out later this year.

As per the reports and estimates, the new  2020 Compass will retain it’s bold and rugged styling, along with its muscular stance which sets it apart from its competitors.

The radiator grille, squarish front fascia, and rear bumper are likely to remain the same as the previous version.  However, the car will feature some changes like a hidden exhaust design, newly-designed steering wheel, etc along with other minor cosmetic changes in the interior and exterior.

The facelifted SUV will be powered by a BS6-compliant 1.3-liter Firefly turbo-petrol engine to replace the current 1.4-liter Multiair II engine which also powers the Jeep Renegade and Fiat 500X globally. It comes in two different states of tune – 150 PS/270 Nm and 180 PS/270 Nm. The transmission system includes a 6-speed manual, a 6-speed DDCT or a 9-speed ZF automatic gearbox.

The SUV will first go on sale in the Brazilian market and then in  India. However the exact official launch date and details are yet to be announced by the company, but it is likely to hit the Indian markets at the end of this year.

The car will receive a minor price hike. The carmaker also plans on coming up with more affordable variants of the Jeep compass.

The SUV will compete with the likes of the new Tata Harrier, MG Hector and Mahindra XUV500 in the country.