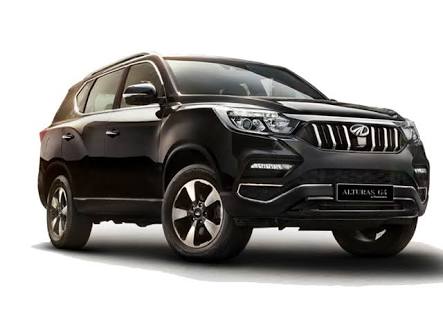 Homegrown carmaker Mahindra has successfully converted the whole of its line up to BS6. The company has already introduced the Bolero, Scorpio, XUV 500 already. We can also expect the launch of the new Mahindra Thar to take place very soon in the Indian market. As of now, the company is gearing up to introduce the flagship model, 2020 Mahindra Alturas G4. We got to see the spied images of the SUV several times while it was out for the testing. The SUV has now been teased on the Official website of the company.

With the flagship model, the company has set so many expectations with it. It seems like this new offering will assuredly going to make some impact on the market. Talking about the engine of the car, it is going to come equipped with the 2.2 L engine of diesel, which will produce the power of 181 PS and the peak torque of 420 Nm. The transmission duties of the car will be done by the same engine, which is paired to the Mercedes Benz. Just in case, if you don’t know, 2020 Mahindra Alturas G4 is the re-badged model of the Ssangyong G4 Rexton. The engine of both models are the same, but the Rexon has higher power than the Alturas by 187.

2020 Mahindra Alturas G4 has received newly designed alloy wheel, which seems immensely appealing. Talking about the appearance, there will be no changes made in terms of styling apart from some minor tweaks. It is expected to come equipped with the more prominent grille and revised design of the bumper. Coming to the interior design and changes, the company is yet to reveal the information. The price of the SUV is very much likely to be set at Rs 28 lakh to 31 lakh.