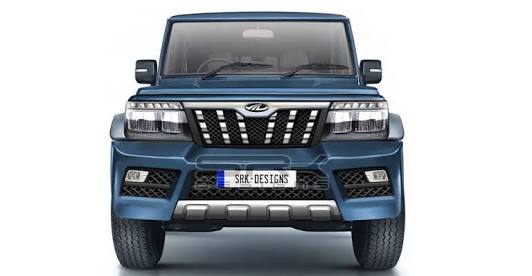 Talking about the appearance of the car, it has received most of its upgrades in the front fascia. It has received a newly designed grille which seems quite appealing. Apart from the front fascia, it has also received new headlamps with the black inserts, revised bumper and bonnet which is slightly revised. We have already seen the 2020 Mahindra Bolero several times through videos and pictures during its test rounds. The car has received a chrome treatment all around its body, which makes it look exceedingly appealing and eye-catching. The signature boxy stance of the SUV will remain unchanged, and it is also likely to receive the significant upgrades. The interior details of the car are still not officially out. We can expect the car to come up with the newly designed dashboard along with a new steering wheel.

The company will also add some of the goodies to the updated model. Coming to the safety features, it will offer dual airbags, reverse parking sensors, seat belt reminders, ABS, speed alert system and much more. 2020 Mahindra Bolero will be offered in three variants- B4, B6 and B6(O). If we compare it to the BS4 version, it will be 50,000 more expansive depending on the variant that you choose. As of now, the SUV is being offered in the four variants and priced between Rs. 7.40 lakh to Rs. 9 lakh (ex-showroom Delhi).