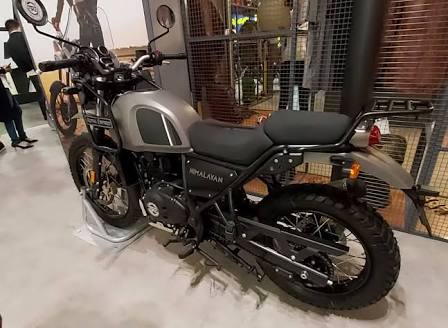 The pride of every Bike Lover, the Royal Enfield had announced the launch of a new edition of the bike, by the end of 2019 or at the beginning of 2020. Since then everyone has been awaiting its launch. But luckily enough for the people, the New 2020 Royal Enfield Himalayan has already been spotted! The spy pictures of the bike which will probably come out in early 2020 have only made people more excited about it.

The USP of this bike is that this time it has got switchable ABS (Anti-lock Braking System) which is mostly found in performance-oriented bikes or ADVs bikes. This switchable ABS option will give more control to the biker which will enable him to slide in the dirt by turning off the rear ABS which will bike to a halt in tricky situations,

The other new feature of this bike is the Hazard Lights which will keep both the turn indicators of the motorcycle flashing, to make the motorcycle more visible to other people and bikers in case of extreme weather conditions or darkness where the visibility is low.

The motorcycle might also get a 19-inch front wheel with 100 section MRF Meteor tires. Another change might be the BS6 Engine, which would be an improvement form the BS4 Engine.