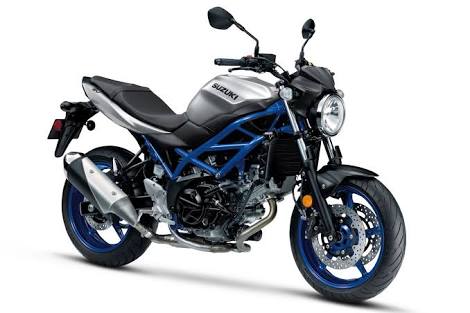 2020 Suzuki SV 650 has become the talk of the town ever since the company revealed its images. It is soon to be launched in the Japanese market. We can also expect the bike to hit the showrooms of India too. As seen in the images, the appearance of the bike is exceedingly appealing. It has a distinctive design, and broad tyers makes it appear aggressive. It has been reported that the bike is built to be extremely comfortable as you can also witness the layout of the seats in the revealed images.

Talking about the engine details of the 2020 Suzuki SV 650, It will come with 650 cc. It proffers the engine of V-twin, which is capable enough for 77 PS and peak torque of 64 nm. The company has claimed that the motor of 2020 Suzuki SV 650 promises the torque even at the lower RPM. The bike will be offering a 6-speed gearbox for performing the duties of transmissions. The bike ensures a smooth driving experience, easy handling, and maneuvering.

Under the hood, the suspension of the 2020 Suzuki SV 650 includes 41m telescopic right way up-front forks. It provides 125 mm of travel and 63 mm link-type pre-loaded unit at the rear, which is adjustable. It will also proffer some features equipped with advanced technology, which include, easy start system, assistance of low RPM, and so much more. It also offers the features like a full LCD instrument, twin LED taillights, multi-reflector headlamp, and distinctive brake lights. Talking about the dimensions of the bike, it comes with the heights of 785mm. It is expected to make its way to India sooner or later. Once the launch takes place in India, it will be priced at around Rs. 7 lakh (ex-showroom).