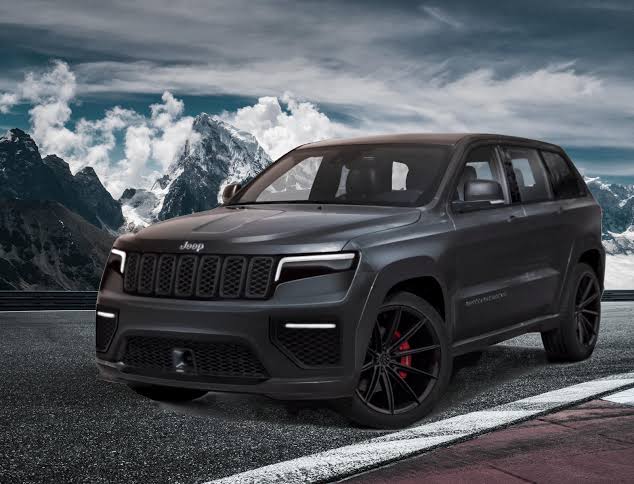 Finally, the revelation of all-new Jeep Grand Cherokee has been done in the global markets. The comparatively smaller version of the car will be launched at the end of 2021. The fifth-generation model has incorporated the styling elements from Grand Wagoneer concept of 2020.

Jeep Grand Cherokee L has drawn inspiration heavily from Grand Wagoneer concept. We can thus safely assume that there will be a dramatic evolution for Cherokee L. It also brings in the promises of enhanced off-road capacity, better rolling refinement and an upgraded interior.

Christian Meunier, the president of Jeep, said that the re-designing of Jeep Grand Cherokee L had been done in order to maintain the legacy of “iconic Jeep heritage.” The two-box shape is much similar to the original model, which was launched way back in the year 1992. The protruding front bumper, thin LED lights and new-shape seven-slat grille remind us of the Grand Wagoneer.

There is a prominent beltline running from the headlamps to the slim tail-lamps on the sides of Grand Cherokee L. The wheel arches are large-squared. Also, the window trim initiates from the A-pillar base, moves along the upper edge of the window line if the Jeep and then finally reaches the rear windshield. The same design has been noticed on exceedingly popular Jeep Compass.

If we talk of the rear end, the beltline exists between the tail lamps. The fog lamps are quite low, and exhaust finishers seem to be prominent as well.

You can stay assured as that the interior is technically advanced and highly exquisite. The Jeep Grand Cherokee L has taken inspiration from Grand Wagoneer, and hence it has removed the physical switches and buttons. This has been done to promote the touchscreen-based affair.

The dashboard has a 10.1-inch infotainment touchscreen system. Its job is to run the Uconnect 5 operating system of the Jeep. A 10.25-inch digital gauge cluster is also there. You can configure it to show around two dozens of displays.

A new rotary item has been brought in place of the conventional shifter. Accommodations have been made for an optional wireless charger as well as smartphone storage.

Because of a series of revisions to the chassis and maximum usage of aluminium for the bodyshell, the Jeep L will be showing enhanced on-road behaviour. Also, there will be less noise in the cabin as the front axle will be bolted directly to the engine.

Jeep will be rolling out four new models at the end of 2022. The Cherokee L will also be a part of this launching event. The model will be assembled in India. We can expect the launch of Jeep Grand Cherokee L in India by the end of 2022.