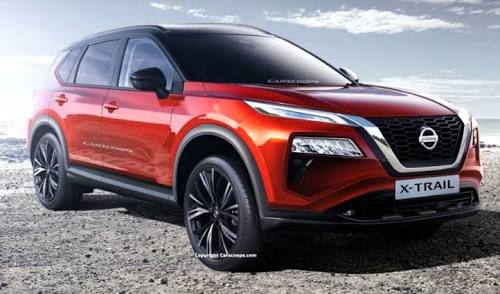 The best-selling model of the Nissan has been led recently online with its exterior and interior pictures as well. 2021 Nissan X-Trail has been one of the cars by Nissan, which has never failed to stand on the expectations of the carmakers. Prior to the launch, which is going to take place somewhere in the end of this year, the images of car has been spied. There is no denying that the SUV looks undoubtedly stunning, as seen in the spied images. The images were leaked on Instagram, which is now wide spreading all across the globe.

It was all started with a user of Instagram who uploaded pictures of the car without any camouflage. The image is indicating what all the changes have been received by the vehicle so far. Talking about the appearance, it looks as broad as before. However, taking a close look at the dimensions practically can proffer the best idea. 2021 Nissan X-Trail, which is known as Rogue SUV in the United States of America, is also expected to hit the showrooms simultaneously. The people will be able to book the car later this year, and the deliveries will be commenced at the beginning of 2021.

The images uploaded on Instagram are not that good in the resolution, but we can still get an accurate idea about its appearance. As seen in the images, the car appears to be more aggressive, broad, higher ground clearance as compared to the existing version. Talking about the rear-view, it has become more angular, and we can also expect a huge boot space in 2021 Nissan X-Trail. The company has already confirmed that the SUV will hit the showrooms anytime soon. As time passes, we are getting closer to its launch. Till then, let’s wait to get official words from the company to confirm the details mentioned above.