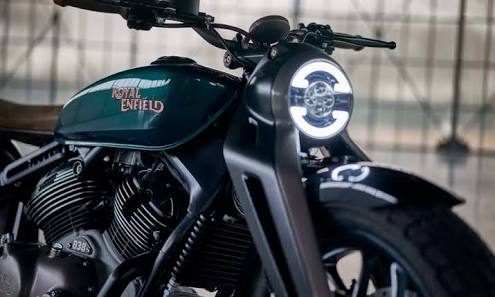 Royal Enfield is going to expand its Indian and global portfolio in the upcoming years. The major aim of the company now is to roll out a motorcycle every three months. The company will be launching three major products as well as the updated version of the RE Himalayan in the Indian market.

Royal Enfield Interceptor 350: Of late, the test mule of the RE Interceptor 350 was captured on camera. There will be a single side-mounted exhaust unit. However, other significant design elements and features will be taken from its bigger counterpart. This bike will most probably be sharing the platform with the RE Meteor 350. There will be a twin spring rear shock absorbers suspension setup as well as telescopic front forks, just like the RE Meteor 350. Features like the Tipper navigation system will also be there.

New Gen Royal Enfield Classic 350: The new-gen RE Classic 350 is the much-awaited bike to be launched the next year. It will be ditching the existing platform and adopting a modular “J” structure. This platform will offer straight-line stability as well as allow cornering without hampering your comfort. The bike will come equipped with 349cc, single-cylinder, air-cooled engine. You will notice feature upgrades as well as important design alterations as well.

Royal Enfield 650 Cruiser: All-new 650cc cruiser bike will also be rolled out the next year. This bike will be sharing the platform with RE 650 twins. But it will definitely have some design elements similar to the RE KX concept. The world got to know about this one at the 2019 EICMA Motor Show in Italy. RE 650 Cruiser will be having a low-slung profile for the long wheelbase. There will be black finished alloy wheels, circular headlamp, slender fuel tank, a longer seat, and chrome twin exhaust canister. The chances are that the engine will be borrowed from the 650 twins. The engine will be a 648cc, parallel-twin, air-cooled motor. This bike will be launched in the second half of the next year.

Updated Royal Enfield Himalayan: The updated version of the Royal Enfield Himalayan will be launched in 2021. It is like a periodic feedback driver update. The motorcycle will come equipped with the new tripper navigation system, which is highly similar to the new RE Meteor 350. You might also get a USB charger and new colour schemes. The new bike will have the same 411cc, single-cylinder, air-cooled engine. Th engine is capable of churning up power worth 24.3bhp and 20Nm of torque. The motor will be updated further to accomplish better results. The style and design of this adventure motorcycle is going to remain unaltered.