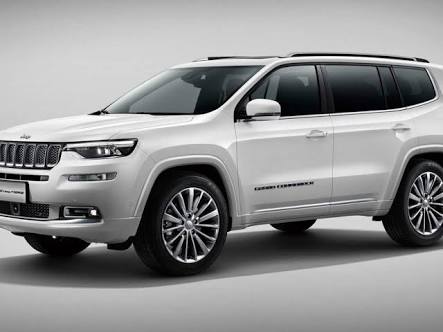 Recent media reports suggest that American auto carmaker Jeep is ready to gear up to roll out four new SUVs. These SUVs will be available as 7-seater. It is being said that the company is working on four new jeep 7-seater SUVs which are set to be introduced somewhere in 2021. One of them will be 7-seater new-generation Jeep Grand Cherokee, which we have already spied while it was out for the test. Another one will be a 7-seater SUV which is codenamed Low-D for the developing marketers.

7-seater Jeep Grand Cherokee will be based on the platform of Alfa Romeo Giorgio. Powering the engine, it will offer 3.0 L inline 6-cylinder and hybrid system which will be very light in weight. A turbo-diesel variant and a plug-in hybrid will also make its way to join the lineup of the engine. Jeep is also readying to introduce next-gen 7-seater Wagoneer SUV which will lock horns against GMC Yukon and Ford Expedition in the USA. It has been reported that the company will also launch more luxurious Grand Wagoneer, which will be challenging Range Rover. The 7-seater variant of the Jeep Grand Cherokee will lock horns against Ford Explorer and Toyota Highlander.

It seems like four new jeep 7-seater SUV is all ready to dominate and conquer its competition. The affordable 7-seater SUV will be based on the Jeep Compass platform in order to target developing nations. This model of the Jeep will be launched in the market of India and Brazil as well. In India, the SUV will be a direct rival to Ford Endeavour, Toyota Fortuner, Honda CR-V, and VW Tiguan Allspace. It is very much likely to lock horns against other cars as well. It looks like Jeep is going to make a vast impact in Automobile industry in 2021.