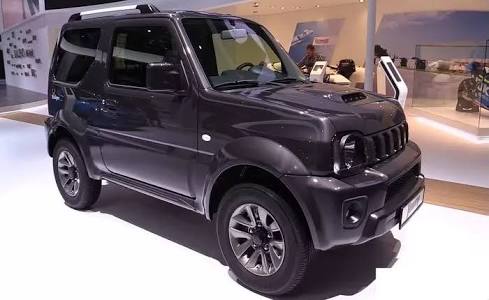 It was reported recently that Maruti Suzuki would roll out a bigger version of Jimny off-road SUV, which will be five doors. The model will be more practical in the market of India. The carmakers have already showcased the 3 door version of the SUV in the previous Auto Expo 2020, where it grabbed the attention of numerous people with its massive look and features. 5-door Maruti Jimny is going to come down on the roads of India very soon. It is expected to be launched soon in 2021. It has become the talk of the town ever since it was showcased in the Auto Expo 2020.

The launch of the 5-door Maruti Jimny is months away while the renders uploaded by the company gives us an idea about its appearance. Talking about the front fascia of the SUV, it is more rugged compared to the 3-door version. It is going to carry a black bodyguard on the radiator grille. The round fog lamps of the SUV will be replaced and will get a new sleek strip. As expected, it has received a lot of changes. With that being said, 5-door Maruti Jimny will also get a revised bonnet.

The black-colored OVRMs has received a treatment of chrome, which looks pretty much appealing. The SUV will also receive bigger alloy wheels along with the low profile tyres. Some designs are carried out from the 3-door version including, front grille, black cadding all around the body, retro styles, and headlamps. The overall look of the 5-door Maruti Jimny seems to be exceedingly appealing. It comes with all of the elements and design which can grab the attention of anyone once you take it out for the drive.