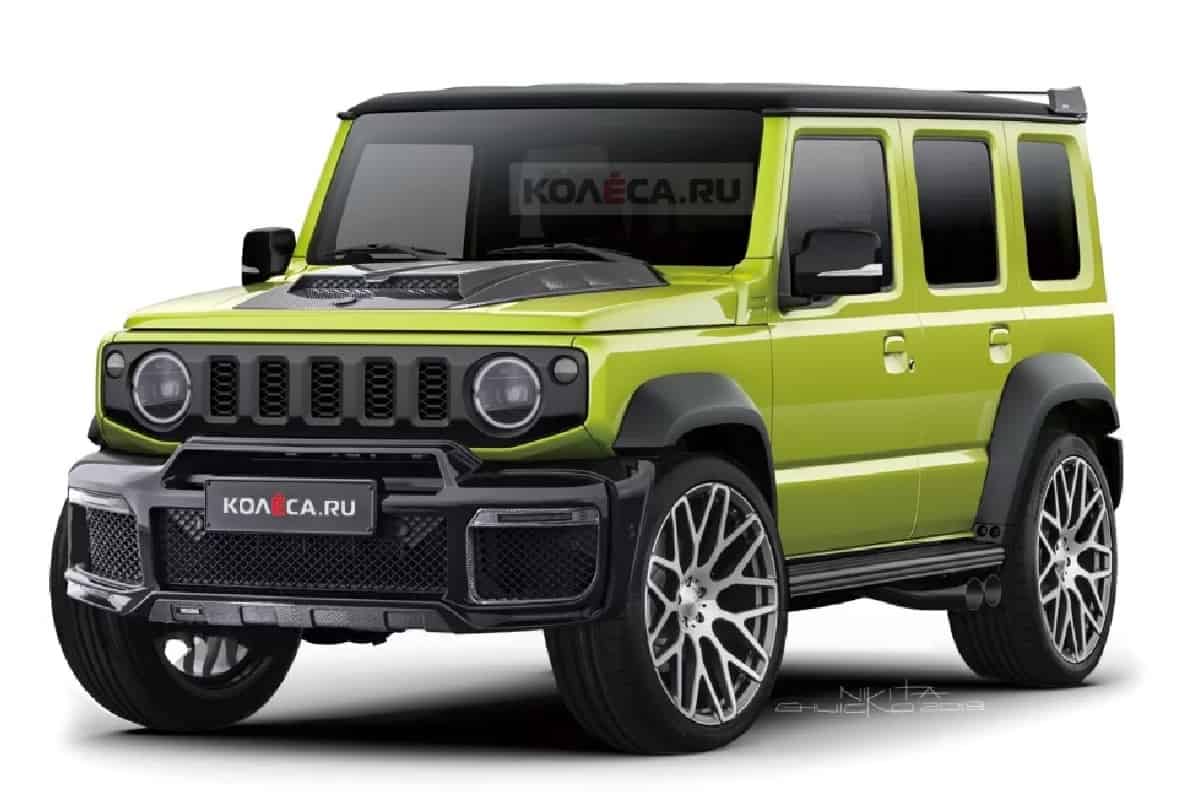 The Suzuki Jimny Long Wheelbase will be available by the end of this year or early next year, as we previously said. By July 2022, the SUV will be available in our market. The new model has already been spotted testing in other countries.

Suzuki has yet to make a formal announcement about the turbocharged version of this engine being offered in the LWB model. The 5-door Jimny would not qualify for the lower excise duties available in the sub-4-meter category due to its 1.5-liter petrol engine.

The Suzuki Jimny with five doors will have a 300mm longer wheelbase and a 300mm longer range. This rise would help to free up more interior space in the cabin. The SUV’s wheelbase will be 2,550mm, and the ground clearance will be 210mm. The kerb weight will be 1190kg, which is 100kg more than the Sierra 3-door.

The 5-door Suzuki Jimny was supposed to debut at the Tokyo Motor Show in 2021, but it was postponed due to the COVID-19 Pandemic. In 2022, the SUV will be released. The Jimny is also known as the Maruti Suzuki Jimny in India.

The styling of the SUV will be minimally altered. The front grille is planned to be revamped, with a single horizontal slat replacing the existing five-slot vertical arrangement. Suzuki will also offer the current 3-door Jimny a minor facelift.