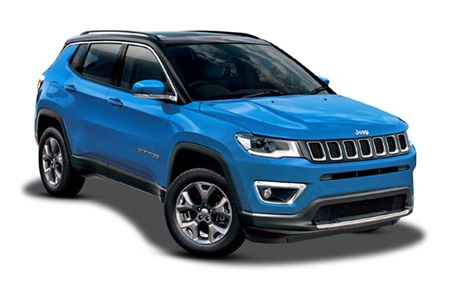 The Indian automobile market will soon get the revamped version of the top 5 car models. All these updated models will be launched at the beginning of the next year. Here we are providing you with all the necessary details of these 5 car models:

The revelation of the 2021 Jeep Compass facelift has been done in at the Guangzhou International Motor Show in China. The carmakers have planned to launch the car in the Indian market the next year, most preferably in the first half. The biggest change that you will notice is the floating 10.1-inch touchscreen that comes with the Uconnect 5 infotainment of FCA. It supports Alexa (Amazon) OTA (over the air) updates and wireless Android Auto and Apple CarPlay. The global model of Jeep Compass will be having a completely new engine set up. But the Indian version will be having the same engine which churns out the power of 163bhp with a 1,4L turbo petrol engine and 173bhp with a 2.0L turbo diesel motor. Riders will get three options in terms of gearboxes – 7-speed DCT, 9-speed AT and 6-speed MT.

The first quarter of 2021 will witness Mahindra &Mahindra launching TUV300 and TUV300 Plus facelifts. The front end will receive most of the cosmetic alterations. There will be further additions like the newly designed grille, trapezoidal air dam, updated bumper, rectangular fog lamp assembly and so on. You will notice that in the updated version of the SUV, the LED DRL position will be a bit higher, at the upper edge. Talking about interiors, the 2021 Mahindra TUV300 will come with new upholstery, advanced infotainment unit and trim finishes. A BS6 compliant 1.5 L turbo diesel motor with AMT and manual gearbox options will power the car.

Toyota Fortuner, the 7-seater SUV, will be getting some updates and then it will be launched in January the next year. Unofficial bookings have already started in some selected dealerships. As per the reports, 2021, the Indian version of Toyota Fortuner will be equipped with 204PS, 2.8L turbo diesel engine as well as the existing 2.7L petrol unit. The car will have a 6-speed automatic gearbox. The diesel and petrol engines will have 6-speed and 5-speed manual transmission respectively. The SUV may also receive an instrument cluster as well as a larger infotainment system with the altered front end.

The Indo-Japanese carmaker will be updating its Swift hatchback the next year. The updated hatchback will be equipped with a 1.2L Dualjet petrol engine which will be able to churn out a power of 91PS as well as 118Nm of torque. The updated Dzire also utilizes the same powertrain. You will get the option of both manual and AMT gearbox. The Swift petrol facelift will be offering a mileage of 23kmpl with AMT gearbox and 23kml with manual gearbox respectively. The updated model will be equipped with a 1.2L K series engine to produce power worth 82bhp. There will be minimal alterations in the exterior as well as the interior.

Hector facelift testing has been started in India. The updated version of the car will have a radiator grille with black mesh, and satin grey surrounds, new dual-tone alloys, vertically split headlamps, and black garnish with a thick chrome underline which connects the two taillamps. The SUV will receive an updated iSmart suite as well. There will be two types of engine options – 1.4L turbo petrol and 2.0L turbo diesel. They will be producing 141bhp power and 250Nm torque as well as 168bhp power and 350Nm torque respectively. There will be the mild-hybrid powertrain as well. This updated version too will be hitting the Indian roads in 2021.

Come back soon for more details.