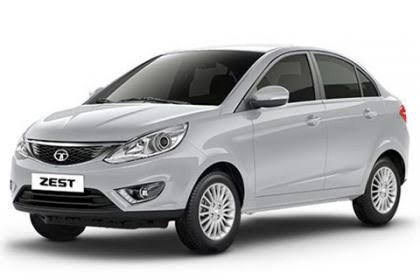 When it comes to the term ‘Turbo’, it rapidly conjures up the images of sports car and speed. Turbocharged engines not only makes you drive faster on the roads, but it also offers a lot more than that. Along with the better engine performance, it also decreases noise pollution, provides more high-altitude performance, fuel consumption and it also reduces the emissions. Let’s take a look at the six cars under Rs 6 lakh that comes with turbocharged engine equipped.

The company ‘Ford’ has created ripples in the industry, with its introduction of a 1.0 Litre engine of EcoBoost petrol. It has a tiny engine in the market to receive the turbochargers which provides a peak torque of 170nm and total power of 123bhp. You can buy the pre-owned feature in the price range of Rs 7.5 to 8.8 lakh.

The company has come up in the market with the line-up engine options of its existing cars. The 1.2 L engine of the petrol in the car can produce the power of 89 bhp at 5000rpm and 140nm of the torque. You can buy pre-owned Tata Zest at around Rs. 4.55 lakhs.

It is very much similar to the Tata Zest. It also comes equipped with the 1.2 L Revotron engine. The power and torque of the car are identical to the Tata Zest, and you will not be able to witness any significant change. You can buy Tata Bolt at the price of around Rs. 4.50 lakh.

The German carmakers have given a fresh new life to the hatch. As of now, it comes with the 1.2 TSI engine of petrol which is mated to the 7 speed DSG gearbox. The car provides the peak torque of 175nm with a total power of 103 bhp. The pre-owned car be easily bought at the price of around Rs. 2.45 to Rs 4.50 lakh.

The Vento is very much similar to the Volkswagen Polo GT TSI. It gets the same treatment as the Polo in order to make it even more enticing project. You can buy pre-owned Vento in the price range of Rs. 3.70 lakh to Rs. 6.80 lakh.

Fiat Linea is one of the earliest cars to receive the turbocharged engine. The vehicle provides an incredible driving experience with the exceptional ride and handling. Talking about the engine, it comes equipped with the 1.4L and T-jet which has the abilities to produce a peak torque of 207Nm at the power of 22rpm along with the 112bhp of power transferred by a 5 speed manual transmission. You can easily buy the older version pre-owned Fiat Linea at the price of around Rs. 3.50 Lakh.