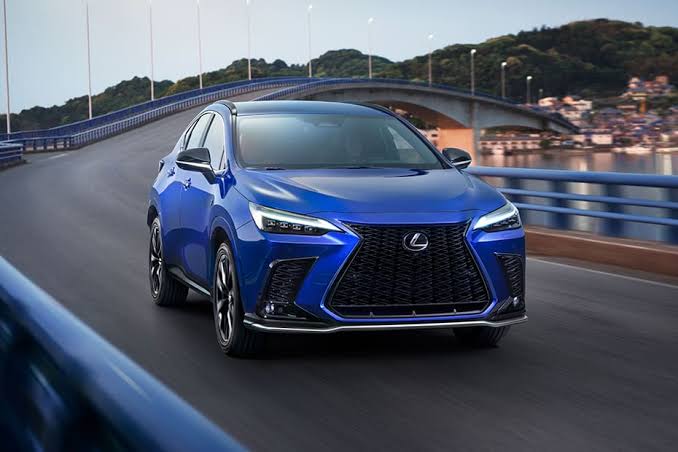 Toyota has ambitious plans to expand the business in the Indian sub-continent. Toyota has recently developed a new EV platform with fellow Japanese automaker Suzuki. Now, the luxury arm of the automobile giant, Lexus has plans to launch the hybrid SUV NX350h in India.

Lexus is set to announce its new hybrid vehicle, the NX 350h next week. NX, according to the automaker, stands for Nimble Crossover. The new version Lexus Car is set to rival BMW X3 and the Audi Q5 as a luxury SUV. Sure enough, the Lexus NX 350h will be coming out as three variants, Exquisite, Luxury and F-Sport. The bookings for the SUV already underway and before we look at Lexus NX 350 price in India, let’s have a look at the cool features and design of the new NX 350h.

The NX model has been around for over 8 years now, with Lexus introducing the model back in 2014. In 2017, the SUV got a minor cosmetic uplift. The upcoming model, however, has been given a new look and it looks like a little brother to Lexus RX 450hl. The RX 450, as you might remember, is a robust SUV and it is the top model in the Lexus’ RX line-up.

Much like its older sibling, the NX 350h is set to feature a large spindle grille, sleek LED headlamps with flared wheel arches in the front. The car measures at 4.6×1.8×1.6m and has a wheelbase of 2.6m. The rear is as stylish as the front, with high-placed LED tail lights and, cladded rear bumpers. The car sits over stylish 17/18-inch alloy wheels and its D-Pillar gives it a cool sporty look. With chrome plating all around the car and a very aerodynamic design, the car has been reported to have a drag coefficient of 0.32!

Due to the better aerodynamic design and hybrid powertrain, the SUV can reach amazing speed of 60 miles per hour within 6.6 s. It is half a second faster than the previous iteration of the model. The car

The NX’s cabin is very subtle and incredibly stylish. A large 9-to-14-inch screen(s) (depending on the variant) sitting atop the squared air-con vents dominates the front. A digital instrument cluster and a neat steering wheel add to the subtlety of the vehicle. Along with a leather upholstery, the interior is well laid out in the new NX 350h.

When you sit inside the new NX350h+, you wouldn’t feel like sitting inside a luxury car. It looks like you are manning an advanced aircraft and you’re seated in the cockpit of the aeroplane.

The new NX 350h is one of the modern age hybrid cars in India. It gets a 192hp, 2.5-litre petrol engine working in conjunction with an electric motor. The car is equipped with an all-wheel drive (AWD) by mating the petrol engine to individual electric motors on the front and the rear axles. This gives a combined output of 244hp. As for the transmission, the NX 350h is equipped with a 6-step e-CVT gearbox.

You can choose the drive modes to suit your needs. It comes with normal, Eco, Custom & Sports+ mode. The S+ or the Sports mode offers the best performance of the SUV. However, the efficiency of the vehicles suffers heavily in this mode. It comes with an adaptive variable suspension that provides a smooth driving experience regardless of the driving speed and change of direction.

The best mode to travel inside the city limits would be the Eco mode. It gives a smooth driving experience and does not waste power. So, if you are using the SUV for urban drives, then Eco mode would suffice.

Lexus is expected to set a tag of around ₹70-75 lakhs. The price can be attributed to the fact that NX 350h is a Luxury SUV, competing with rivals like Mercedes-Benz GLC Coupe, BMW X5, Land Rover Discovery and Volvo XC90. In our opinion, the car will deliver for the quoted price, as the Japanese car maker has always made it worth the money with all their vehicles.

It is also to be noted that another luxury SUV from the company Lexus NX 450h+ also has its international launch. Although the launch is confirmed in other parts of the world, it is not yet clear if the brand will bring the NX 450h+ to the Indian shores.

So, what do you think? Is the premium price worth the features and good driving experience offered by the luxury car arm of Toyota?