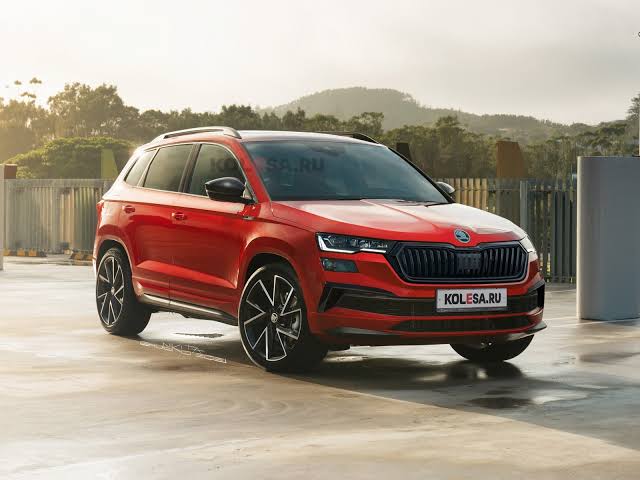 2022 is an exciting year and the Indian automobile market has already seen some exciting unveils & launches. The next few months are going to be exciting for all car lovers out there as a series of new cars are scheduled for release. Some of them are facelifted, while some of them are brand-new. Let’s have a look into what’s coming to the Indian roads this season.

The 2022 Maruti XL6 facelift has already started arriving at dealerships and bookings are set to be open after its official launch. The engine and transmission remain the same in this facelift version while the features are expected to get more sophisticated. It is also rumoured that the new XL6 will be available in 6- or 7-seater configurations. We can also expect a new front grille, revised front and rear bumpers and larger alloy wheels in the new XL6.

So, will we get the XL7 or the XL6 is a question. In spite of the variations, there won’t be any considerable difference in the engine or the gearbox options of the vehicle. So, if you are looking to buy any affordable yet powerful 6/7 seater, then you should wait for the Japanese carmaker to launch this mean machine.

The 5-seater SUV will hit the showrooms by the mid of April 2022. It is powered by 113bhp, 1.0L petrol and 147bhp, 1.5L petrol TSI engines with both manual and automatic transmissions on choice. Some of its eye-catching features include 17-inch alloy wheels and Monte Carlo badging on the front fenders. It will also have lots of chrome and black badging with a sporty blacked out exterior.

It is to be noted that the Czech SUV has already grabbed the attention of the people. The unique advantage of the Skoda cars is that they have the same quality as the German cars and yet are priced slightly lower than their Volkswagen counterparts. So, buy the Skoda Kushaq with confidence.

The Jeep meridian is set to be launched on 29th March, with a lot of cool features. It is one of the most awaited launches of the year. Jeep has been teasing the customers with its models and this new 3-row SUV will share most of its elements with the Jeep Commander. What is interesting with the new launch is that the model will also feature ADAS, adaptive cruise control, automatic emergency braking system and more. It is set to be powered by a 2.0L Multi-Jet turbo diesel engine paired with a 9-speed automatic gearbox. A 48V mild hybrid powertrain is also offered by the automaker.

Although the price range of the Jeep SUVs are slightly above the normal range of the country, these are machines they are worth their cost. Jeep is high on safety and performance. Anyone who has tasted the true power & comfort of the Jeep models will not likely to go back to other cars. Probably a shift to the Range Rover is the only one that they are likely to make.

The new Nexon EV is set to get a bigger battery this year and it can be expected around July this year. The existing model which has a 30.3kWh battery is getting overhauled with a 40kW battery, giving the new Nexon more than 400km range on full charge. Features such as electronic stability program and selectable re-generation modes can also be expected in the facelifted EV.

With a well-established market demand and with the launches of new editions like Dark, Kaziranga edition, etc., Nexon has already cemented its position in the market. The new facelift will only make it all the more endearing to the average customer of the country.

Citroen C3 is getting closer to hit the Indian roads and it will be a worthy competitor to Maruti Suzuki Baleno, Tata Altroz, Nissan Magnite and Renault Kiger. The SUV-hatchback crossover from Citroen is likely to be powered by a 1.2L turbo petrol motor coupled with a 5-speed manual or a 7-speed DCT automatic gearbox. The company is touting the model as a micro-SUV and it is expected to get many takers.

The French carmaker is also toying with the idea of custom made cars in the segment which will differentiate the company and the model from other competitors. Regardless of the way in which the company is about to bring the model, you can be sure that this will an exciting addition to the line-up of cars in the market.

The new Urban Cruiser is Toyota’s equivalent to the new generation Maruti Suzuki Brezza. The car was only launched late last year but we can expect a facelift for the model. Both the vehicles will come with a new grille, newly-designed headlamps, updated bumpers and new LED tail lamps, but with minor modifications on both of them. Added features from Toyota will include a new, bigger touchscreen infotainment system, wireless charging and a SIM-based connected car suite. It will be powered by a 104bhp, 1.5L K15B petrol engine.

There is not much to say about this but Toyota will hope to rekindle the relationship with the customers by ensuring that it is committed to the model.

With significantly improved design over its predecessor, the Second-Generation Mahindra Scorpio will come with a feature-loaded interior and a more powerful engine. The Scorpio will be available with either a 2.0L turbo petrol or 2.2L turbo diesel engines which will produce 130-160bhp (petrol) and 155bhp (diesel). Transmission options include a 6-speed manual or automatic gearboxes.

Mahindra has been making bold new changes in its line-up and the Second Generation Mahindra Scorpio is expected to make the brand bold and powerful again. For you information, it is the launch of Scorpio that has reinvented the carmaker in the Indian market. Although the name Mahindra is traditionally associated with powerful SUVs and off-roaders, Scorpio was an important model that helped to establish the brand in the turbulent and changing times. So, we can expect the brand to put all into its effort of bringing the new model.

The French carmaker Renault is most likely to bring the turbo-petrol version of the Triber. The nimble 7 seater has been successful in grabbing the sales numbers but many car owners feel that the car lacks the power that is required for a 7 seater. However with the launch of the turbo-petrol engine that is expected to give around 100 bhp of power, the company will satisfy the long pending demands of the customers. This will be the major facelift for the car after its launch in 2019.

So, what is your favourite car in this new launches in India? Will you go for any of these models, Let us know your thoughts in the comment section.