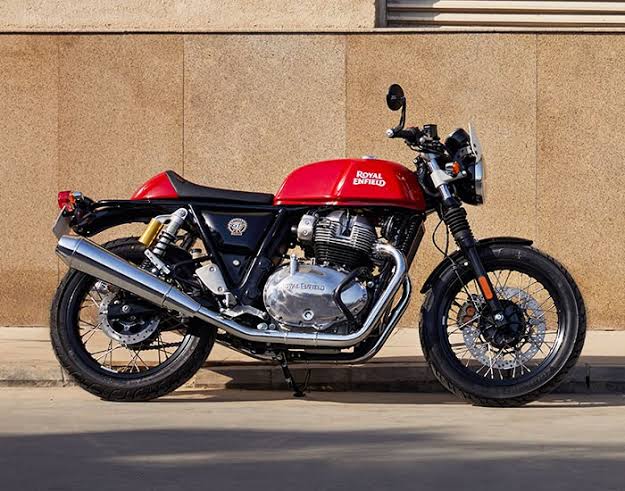 With the start of November, the North east monsoon has arrived pouring down heavily in the country. However, it is also raining bikes this time of the year. Although there have been a lot of surprises in the automobile sector in the past months of 2022, November is all set to see the launches of many stylish bikes and scooters. Let’s have a look at all of them, along with their features.

First in the most awaited launch is the fan favourite from the Royal Enfield. The big brother of the Meteor 350, the Super Meteor 650 could be the most awaited model in not just November, but the whole of 2022. The 650cc bike has been spotted in various Indian cities, being tested by Royal Enfield under different conditions. Now could be the right time for the moto maker to launch it officially. This new beast is powered by a 648cc, air and oil-cooled, parallel-twin engine that can produce 47bhp of power and 52Nm of peak torque. It is expected to cost around ₹ 3to ₹ 3.5 lakhs.

The bike will also feature a tear-drop fuel tank, a round headlight with a chrome bezel, split-style seats, twin-sided exhaust canisters, and a round tail light. It will also have twin-sided exhaust pipes. Transmission will be the standard 6-speed manual gearbox. Both the front and the back wheels get disc brakes and alloy wheels too. After its launch it will compete with bikes such as Benelli 502C & Keeway V302C.

Royal Enfield Shotgun 650 Could be Launched?

Standing in second is the cousin of the Super Meteor 650, The Shotgun 650. While the launch date is not yet provided by the company, it could surprise us in November. The company could get the advantage of dominating the market with back to back launches of 650cc models. Like the former, the Shotgun is powered by a 650cc, 4 Stroke, Air-Oil Cooled, SOHC parallel-twin engine too. What differs between the models are the single floating-style seat in the shotgun, along with a short tubular handlebar, chopped front and rear fender, bar-end mirrors, and chunky tyres. The Shotgun has been designed to be a city cruiser while the Super Meteor, an adventurer. It could also get a lot of accessories like auxiliary lights, alloys, backrests, and more with it. The price of this version of Royal Enfield could be between ₹3 – ₹3.25 lakhs.

Hero Comes up with the Updated Version of Xpulse 200T

The Xpulse 200T is a more road-biased version of the Xpulse 200. Hero is set to tweak up the previous version’s looks and relaunch it more stylishly. There are no changes to the engine, which will be the same air and oil-cooled, 4-valve, single-cylinder engine which powers the Hero Xpulse 200. It can make about 19.1hp and 17.35Nm torque. Some notable changes in the updated Xpulse include dual-tone paintwork, and a colour-coordinated flyscreen above the headlight. The grab rail on the back has got a simpler design and the fork gaiters are new too. The new version should cost a little higher than the original, between ₹1.25 – ₹1.30 lakhs.

While this is more like a mid-life facelift, the launch could help boost the sales of Hero bikes. With a fair mixture of style, comfort and power, the Xpulse 200T will be an ideal buy this festival season.

Taiwanese Gogoro Electric Scooters to Come up in November

Gogoro, the Taiwanese e-scooter manufacturer has partnered with Hero Motor corp to introduce its electric scooters and battery swapping infrastructure in the country. The company will lay out its roadmap for India on November 3 and will also introduce some of its top models. Most of its models abroad feature removable battery packs and the company operates a wide array of battery swapping stations in their markets. With their entry into India, we can sure expect the battery swapping infrastructure to spread out to other EV manufacturers in the country. Gogoro Electric scooters is perhaps in the underdog among the bike launches in November 2022 but who knows, the Taiwanese brand can pull a surprise & give a tough fight to the experienced players in the electric scooter market.

TVS Backed Ultraviolette F77 to be Launched on November 24th, 2022

The next new Electric Bike is set to arrive with the name F77 from the moto manufacturer Ultraviolette. This TVS-backed brand had already opened bookings for the Electric Bike on 23rd October and it will finally launch the vehicle this month on 24th November. The Ultraviolette F77 will go head on with the Revolt RV300 & RV 400. While its initial prototype in 2019 featured removable battery packs, the new F77 will feature a fixed battery with lithium ion packed, larger fuel cells.

About 21,700 lithium-ion cells are encased in an aluminium case as opposed to the 18,650 cells in the prototype. This is the largest battery for an electric bike in India, till date, and it gives a usable capacity of 10.5kWh on the top variant of the vehicle.

The Ultraviolette F77’s range is an impressive 307km, which is double that of its previous version. With all the new specs and features the F77 could come with a price tag ranging between ₹3.50 – ₹ 3.50 Lakhs.

QJMotor is set to make its India debut this month, with the launch of its four new motorcycles. QJMotor is a sister brand of Benelli and both of them are owned by the Qianjiang Group. The company features a large range of bikes, scooters, and other two-wheelers, about 30 models, in their homeland, China. But their entry into India is to be marked with four of their top models. This includes, SRC250, SRC500, SRK400, and SRV300. All of them will be petrol powered and each of them have their own style and stature.

The SRC500 is an Imperial model, with retro looks, a large motor and very few styling tweaks. On first glance it will resemble a Benelli Imperiale 400. In terms of its looks, it could become a worthy competitor to a Royal Enfield Classic. It is powered by a 480cc motor that can produce 25.8hp and 36Nm or 40Nm torque.

The SRC250 is second of the retro motorcycles in the four new QJMotor bikes. It has its own style cues and it is even powered by a twin-cylinder engine! The 249cc unit manages upto 17.7hp at 8,000rpm and a 16.5Nm torque. The looks set this vehicle apart and it will bring in the retro looks back into the Indian roads.

The SRK400 is a sharp-looking streetfighter that will directly compete with the KTM Duke 390. It has been equipped with a 400cc parallel-twin motor that produces a respectable 41.5hp and 37Nm torque. These figures match with the KTM Duke and it could well become a new trend within speed lovers. The chassis of the bike appear similar to Benelli TNT 300 and it shares the same twin 260mm brake discs in the front.

The SRV300 is the final model to be launched this month. It is more of a Harley Davidson’s cousin, but only lighter. Harley Davidson had partnered with QJMotor to come up with SRV300 to be sold as a middleweight segment in the Asian markets. In India, the SRV300 could be sold as a Harley Davidson too. It is powered by a 296cc liquid cooled engine that can produce 30.7hp and 26Nm torque. And, it is paired to a 6-speed gearbox.

So, which of the above Bikes are you tuned up and waiting for? Stay connected, we will update more about these models once they are launched in India and when start running on the roads.