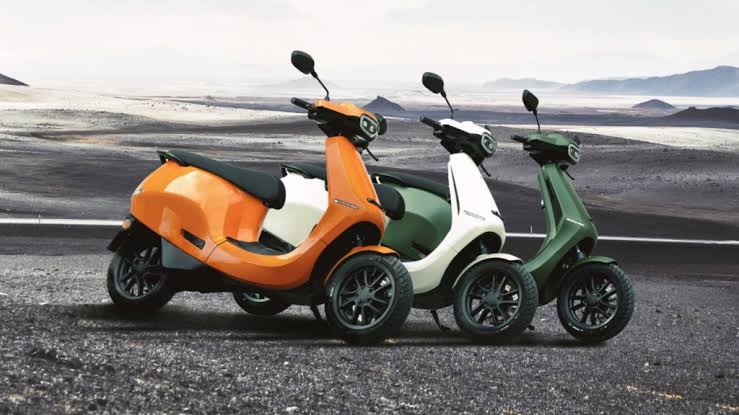 Ola is all set to launch a new e-scooter this Diwali and it comes in a much affordable price than their previous model. The new scooter is a variant of Ola’s S1 scooter, but with a smaller battery pack. The reducing in battery size will significantly reduce the new scooters price to below ₹80,000. Finally some good news and good press for the Indian mobility company. The initial days after the launch of Ola S1 & S1 Pro, the company had been under multiple scanners and negative press. Initially, it was the delay in the delivery schedule then the continued failure of the bikes in real world conditions. Things have taken a positive turn in the past two months and Ola has made record sales in September.

The lower priced Ola S1 model will make it more accessible to people in the tier 3 cities in the country. While the demand for the electric scooters are high in metro and tier 2 cities, tier 3 cities is where the bulk of the people live and expanding to this segment will create ample of sales for the company. Here’s what we know about the new e-bike so far.

The new e-bike will be coming out to the market around Diwali this year and company sources say the bike will compete with the likes of TVS iQube and Hero Vida. With this new price the S1 variant will be a viable replacement to ICE scooters like TVS Jupiter and Suzuki Access.

It is also reported that the S1 variant will get a smaller battery pack than S1. The S1 model is equipped with a 3kWh battery and has a range of 125KM. It is coupled with an 8.5kW motor which can produce 58 Nm torque.

The reduced battery size can have an effect on the range of the new e-bike, but given the price range, it will fare better than petrol powered scooters in the same price range.

Along with this new e-bike announcement, the company has also extended its price discount on their S1 Pro model. Earlier they had provided a ₹10,000 cash discount on S1 Pro until the 5th of October this year. But after the overwhelming response they received in bookings, the company has decided to extend their discount offer until Diwali.

Aside from the cash discount, Ola is also offering a slew of offers such as a ₹1,500 discount on its 5-year extended warranty, as well as a lower interest rate, starting at 8.99 percent, which is down by 2.2 percent. The processing fee on loans for the S1 Pro has also been bought down to zero.

These ongoing offers along with the new base S1 variant will surely drive their sales upwards in the coming months, the company hopes so.

We can expect more details about the new variant in the coming days, especially after Diwali. With the price of electric scooters coming down and comparable with the petrol engine scooters, more and more people will adopt the new electric wave. While the upkeep cost is much lesser than the petrol models, as of now the service circuit and charging infrastructure in the country is nowhere near the demand. In the coming years, we can expect the charging stations to grow quickly in the metro cities at least. Let’s wait until then and find out about its exciting features and performance.