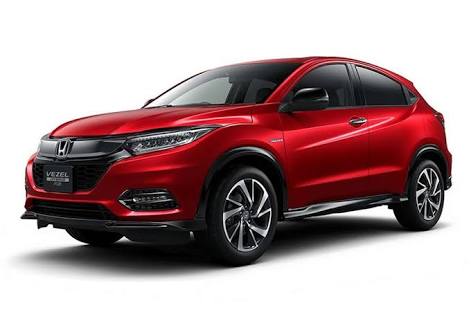 It was reported earlier that Honda has been working on Honda HR-V. It’s an all-new compact SUV by the company, which will debut in Japan as initially. It will also be available to be Launch in the international market as well. Apart from this compact SUV, the company has also started working on the next generation Honda HR-V. Once it launches, it will lock horns against Suzuki jimmy and Toyota Raize. The all-new compact SUV by the Honda will be based on the next-gen city sedan. It is very much likely to be launched in India in the coming months.

Talking about the engine details of the compact SUV, it will share some of the engine and interior details with the all-new sedan that is going to help the company to keep the costs check. As per the latest media reports, Honda HR-V will offer 2 petrol engines, which will include 1.0 L, 3-cylinder turbocharged engine. The other one will be 1.5 L naturally aspirated petrol engine with the hybrid system of Honda. While the former is capable enough to produce 120 bhp and peak torque of 200 nm and later, it delivers 119 bhp and peak torque of 144 nm, which is quite impressive. We can also expect the company to add diesel engine options as well.

The launch of the Honda HR-V will take place very soon in the international market, which will also make its way in India in the coming months. Talking about the interior details of the Honda HR-V. We are still not 100% confirmed about it. The company will be revealing the other details of the car, such as features, dimensions, etc. very soon. It seems like Honda is all set to make a significant impact on the automobile and industry and give a tough rivalry to its competitions.