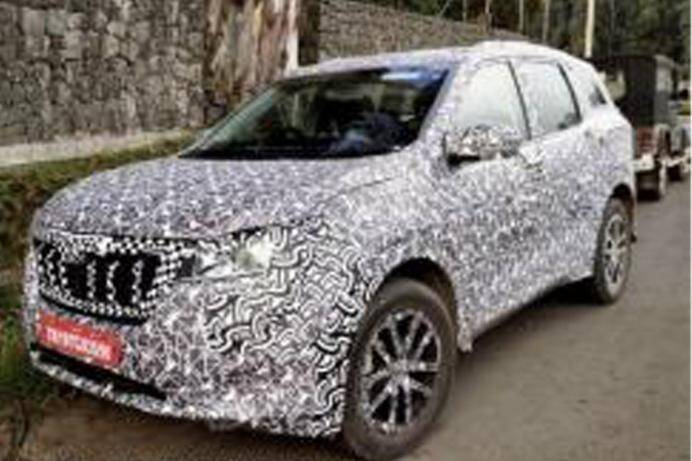 As per the previous reports, the launch of Mahindra XUV500 had been postponed to the month of September. But we still have not heard of any official announcement regarding the same. The CEO of Mahindra Auto – Veejay Nakra, has confirmed that the vehicle will be rolled out between the Q2 and Q3 of 2021. So, it will be safe to assume that the Mahindra XUV500 will be launched somewhere between July August 2021. Most probably, the SUV will be rolled out during the Indian festive season, just before Diwali. Mahindra is planning to roll out Scorpio after the SUV launch. The CEO of Mahindra Auto has not revealed the launch time for the Scorpio. However, we can expect it to be rolled out around Diwali 2021. There can be a delay in the launch of the Mahindra SUV owing to the worldwide shortage of semiconductors.

The Mahindra XUV500 will be developed on the monocoque platform. The SUV will come equipped with Advanced Driver Assistance Systems or ADAS. This system will come up with features like adaptive cruise control, autonomous emergency braking, lane departure warning, front collision warning and park assist etc.

There will be no dearth of safety and security features in the SUV as it will come pre-loaded with front and rear parking sensors, multiple airbags, a 360-degree camera, a tyre pressure monitor and ESP.

There will be a large touchscreen infotainment system along with smartphone connectivity, a digital instrument console, connected car tech, dual-zone climate control, ventilated front seats, keyless entry with push-button start/stop, a panoramic sunroof, electrically adjustable driver’s seat with memory function and so on.

Two engine options will be there -a 2.2-litre 4-cylinder turbocharged diesel and a 2.0-litre 4-cylinder turbocharged petrol. The latter is capable of churning out power worth 190bhp and 350Nm of torque. While the former can produce power worth 180bhp. The transmission choice includes a 6-speed torque convertor automatic as well as a 6-speed manual.