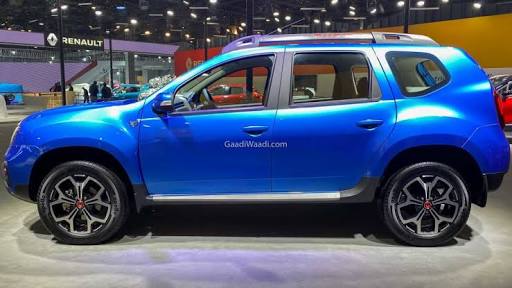 Renault brought plenty of excitement at Auto Expo 2020 with its various vehicles. The company has revealed an all-new, very much powerful, and stronger version of the Renault Duster at the Auto Expo 2020. Renault Duster is the best selling compact SUV from the carmakers of French. They are going to offer a more powerful version of the petrol very soon in the coming months. Renault is also going to showcase the future concepts of mobility and electric vehicles very more quickly in India.

The company has revealed the new Duster with a 1.3 Liter turbocharged engine of petrol at previously conducted Auto Expo. The vehicle is capable enough to produce the 156 bhp of peak power and 250 nm of torque. That is what going to make new Duster powerful in the segment of the company.

We can expect the launch of the car later this year. Some reports claim that the new Renault is set to be launched in the month of August this year. Ever since the Duster came in the market of India, it made an amazing impact because of its strong dynamics. Talking about the appearance of the vehicle, it looks no different than the existing Renault. But some changes has been made to the car like red accent placed on the first grille and housing of fog lamps as well.

Renault Duster Turbo Petrol variant also receives new design of alloy wheels which measure 17 inches. The interior of the car will also remain the same. The motor of the new Duster will be available in the market with  X-Tronic CVT automatic.

The new Renault Duster Turbo Petrol version is likely to go against as a rival to KIA seltos, Ford Eco-sport, Hyundai Venue, and Maruti Suzuki Vitara Brezza. Renault hs much more to offer in the Indian market in the coming years till then let’s wait for the launch of new Renault Duster.