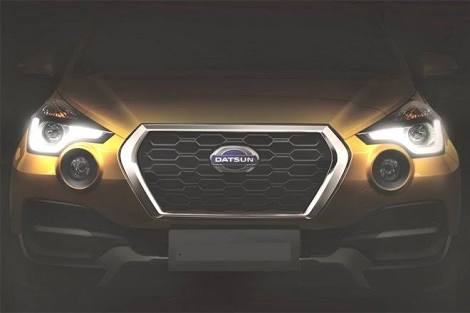 It is no longer a secret that the Nissan is gearing up to roll out the new sub-4 meter SUV. There have been a lot of rumors going on that the vehicle will be hitting the showrooms in the coming May 2020. It is also being said that it will alliance with Renault in order to launch the Nissan Magnite mini kicks. The vehicle will be based on the platform of CMF-A+. As of now, the same platform is underpinning the Renault Triber. The company has recently unveiled some renders of the vehicle. The images uploaded by the company suggest that the side profile of the car will come with the crossover-ish design with the elements of SUV-ish.

As seen in the images, the appearance of the Nissan Magnite mini kicks is pretty much appealing. The company is pretty much likely to spread out more images of the car very soon to give us a better idea about its appearance. Talking about the engine details of the vehicle, it is going to power, 1.0 L, 3 cylinders turbocharged engine of petrol. The engine is capable enough to deliver the power of 99 bhp and the peak torque of 160 nm. The engine specifications of the car is quite satisfying, which can proffer a stable and smooth driving experience.

Nissan Magnite mini kicks will be riding on the low-cost platform, which is going to have a higher level of localization. We can expect the SUV to be exceedingly affordable as compared to other cars in its category. The price of the Nissan Magnite mini kicks will be around Rs. 6 lakh to Rs. 8.5 lakh. It will lock horns against Ford EcoSport, Tata Nexon, Mahindra XUV 300, Hyundai Venue, and Maruti Vitara Brezza. It will also rival the upcoming Kia Sonet and Renault HBC.