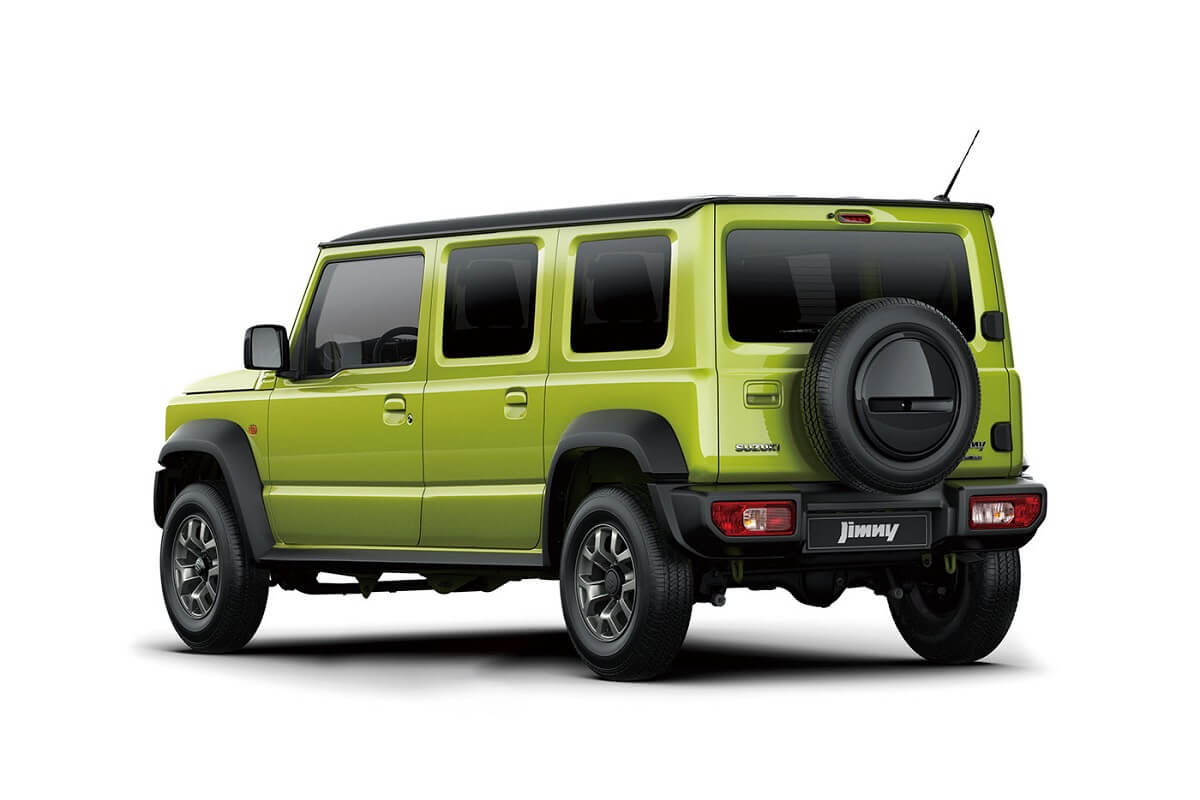 Suzuki has already started producing the three-door version of the Jimny for the export market at its Manesar factory, but a study has now revealed the requirements for the five-door version of the Suzuki Jimny. The Suzuki Jimny will have a length of 3,850mm, a width of 1,645mm, and a height of 1,730mm. While the width and height remain unchanged, it is 300mm longer than the 3-door Jimny.

All of the extra length has been added to the wheelbase, which has increased to 2,550 mm, so the 3-door Jimny’s approach and departure angles should remain relatively unchanged. The front track remains at 1,395mm, while the rear track remains at 1,405mm. With these figures, the Jimmy 5-door is still smaller than the Vitara Brezza in every way.

The 1.5-litre K15B four-cylinder petrol engine is expected to power the Suzuki Jimny 5-door. This is the same engine that powers the Ciaz, Vitara Brezza, and Maruti Suzuki S-Cross, and it produces 102 horsepower at 6,000 rpm and 130 Nm at 4,000 rpm in the Jimny. This version has a fuel efficiency of 13.6 kpl on the WLTC test cycle.

This fourth-generation Jimny features a ladder frame with live axles on both ends, which will be carried over to the longer wheelbase version. There’s the AllGrip Pro 4WD kit, which includes a low-range transfer case and a limited-slip differential dependent on brakes. There’s also a hill-hold and hill-descent feature. The Jimny has a 27-degree approach angle, a 28-degree ramp break-over angle, and a 48-degree departure angle in three-door shape. The ground clearance is 210 millimetres.

Given that the Maruti Suzuki Jimny is expected to be a niche offering by Maruti Suzuki’s standards, there is still no word on whether it will be offered in India. Although, with local production starting in a similar spec to other Maruti Suzuki offerings and a more appealing five-door variant in the works, the Jimny’s chances of being launched in India appear to be very good. The Suzuki Jimny 5-door is expected to be more expensive than the Vitara Brezza if it is released.

What else do we know about the Maruti Suzuki Jimny 5 door?

The 3-door Jimny is already in development at Maruti Suzuki, and the SUV is currently being exported to international markets. According to reports, the company will carry the 5-door variant to India, which could hit the market by the end of 2021 or early next year.