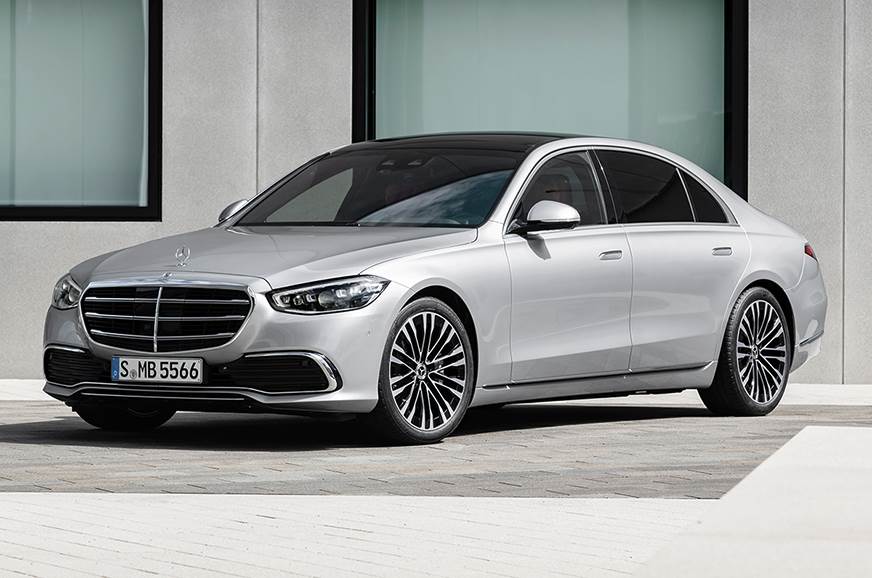 As of now, the model is brought to India as a CBU (completely Built Unit) and imported to India. While this might change in the future, almost half of the 150 units have already been booked. The luxury sedan popularly called as W223 in the international market will compete with BMW 7 Series & Audi A8. Even at a staggering price of 2.17 Crores, Mercedes Benz is a tough competition for both of them.

The fully loaded launch edition is available in two different engine options. In-line 6 cylinder diesel engine with a 330 hp & 700 Nm of torque or a turbo charged 6 cylinder petrol engine with a top power output of 367 hp & 500 Nm of torque. Both the models are equipped to the teeth and have a plush interior, well designed exteriors and an augmented list of safety and comfort features. The S 400 diesel version and the S 450 petrol version both the engines are mated with a 9 speed automatic transmission system. Perhaps, the best feature of the Mercedes Benz S Class is the rear wheel steering that makes it easier to turn the luxury sedan even at high speeds. The increased agility will come in handy during the high speed cruises or while taking a turn in the heavily crowded roads of Indian cities.

Adding to the usual airbags, the presence of front facing airbags for the rear seats provide additional safety. Further, the rear seats get controls for adjusting the leg room and the massage options.

Another important addition is the 12.8 inch infotainment console that provides a plethora of options and controls. The internal computer that controls the car gets a huge upgrade with a storage of 320 GB & 16 GB of RAM, making it controlled by a powerful computer. All these makes Mercedes Benz S Class all the more attractive.

Which one is your favourite – Mercedes Benz S Class or the BMW 7 Series or is it the Audi A8?