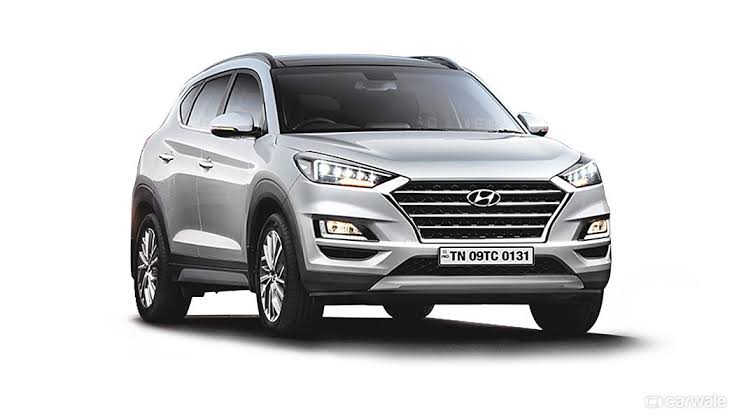 Every month, we can see a lot of automakers brandishing their new designs to the eager world of car lovers. July had seen the last of Ford in India but the new month, August 2022 brings many new models to the country. In fact, August had been keenly awaited by many car lovers. Many brands, both domestic & international are bringing out their favourite models. It has a lot of new vehicles coming out to surprise us. Here’s a look at the top models and their specs.

The new Tucson will be Hyundai’s flagship SUV, planned to come out on the 4th of August. Bookings for the new SUV have already begun and it comes with either a 2.0 litre petrol or a 2.0 litre diesel engine. What’s special about the SUV is its extended wheelbase compared to Hyundai’s previous SUV designs.

The Tucson is a 5-seater and has length of 4480, width of 1850 and a wheelbase of 2670. This new car will see competition from the likes of Jeep Compass, the Citroen C5 Air Cross, higher-spec variants of Tata Harrier, MG Hector and Mahindra XUV700. In spite of being a 5 seater, Tucson will be priced around ₹25 lakhs and we’ll see how much the actual price is in a few days.

To be fair, this will be the first full sized SUV by the company. Hyundai Venue, the sub 4 metre SUV from the brand, along with the Kia Sonet is one of the most selling models in their segment. The Korean brands enjoy a near supremacy in the segment with Hyundai Creta & Kia Seltos in the compact SUV segment too. Naturally, Hyundai will go in all wheels to create the same impact in this segment too.

Toyota has long been teasing its new SUV, the HyRyder for the past few months. It is a hybrid car they jointly developed with Maruti Suzuki. Powered by Toyota’s own 1.5-litre TNGA Atkinson Cycle engine, the car will be available with mild-hybrid and strong-hybrid powertrains.

The mild-hybrid version will also come with an all-wheel-drive system. The engine is paired to an electric motor that produces 79hp and 141Nm of torque, which is powered by a 177.6V lithium-ion battery. It is said to be launched in august, but the date is yet to be announced by the company. The price of the SUV will also be announced then.

The much beloved Alto is coming back with a new look and features. The engine however, is set to remain the same. Maruti Suzuki has given the Alto, a 796cc petrol engine that develops 48hp and 69Nm of torque. The company has also announced that the Alto can get an engine upgrade in the future too, a K10C 1.0-litre petrol engine. Set to be released on 18th August, the price will start at ₹ 3.39 Lakh and go up to ₹ 5.02 Lakh, depending on its variants.

The car is as compact as the original though, with a Length of 3445 mm, Width of 1515 mm and Height up to just 1475 mm. The wheelbase of the compact car stands at 2360 mm and has a ground clearance of 160 mm. The unofficial rule of the Indian market is that no matter what car one drives, the first car owned by the person will invariably be a Maruti Suzuki.

The New Maruti Suzuki might not have the power or the might of an SUV but the car will be the first compact car for many Indians. Even with the changing landscape of the automobile market, we can’t dismiss the potential of this petite four wheeler.

The All-electric S-class luxury sedan from Mercedes is finally entering India on August 24, 2022. The AMG versions are performance-oriented models from the company, and they are set for speed. The electric drive train can produce a whopping 751hp and can cover a range between 326km and 360km. The price, as expected will be high, at ₹1.19 Crores. It will face competition from other electric models like the Porsche Taycan Turbo S and Audi RS e-tron GT.

The electric sedan has a lot of features coming up with it. A huge Hyper Screen connecting the digital dashboard with the infotainment systems gives the interior a futuristic look. As for its dimensions, its 5223 mm long, 1926 mm wide and 1518 mm tall. The Wheelbase of the car is 3210 mm. The most unique feature of the S-class sedan is its optional 10-degree rear wheel turning system, which gives the long car a little more edge around the corners.

Mahindra has announced that it will unveil its new all-electric SUVs on August 15, the Independence Day. This year marks the 75th Independence Day of India & Mahindra is rightly celebrating the occasion with a fleet of launches.

The company is looking to make it big by launching 5 all electric models this Independence Day. The specification and full set of features will be released on the same day too. From the looks in the teaser, the top-end SUV could be an electrified XUV700. The profile of the other models seen in the teaser looks like a coupe version of the SUVs. We can expect these electric SUVs to come with the latest features including Advanced Driver Assist System (ADAS).

We can also expect at least a couple of these models to be performance oriented models. When all the companies are shifting towards the electric SUVs, Mahindra will try to maintain its USP by bringing the same ruggedness and power in the upcoming models. However, nothing is clear as of now. Please wait for a few more days & we will update you about all the vehicles as soon as we see them.

So, which is your favourite launch in August 2022? What are you waiting for? Let us know your thoughts in the comment section.