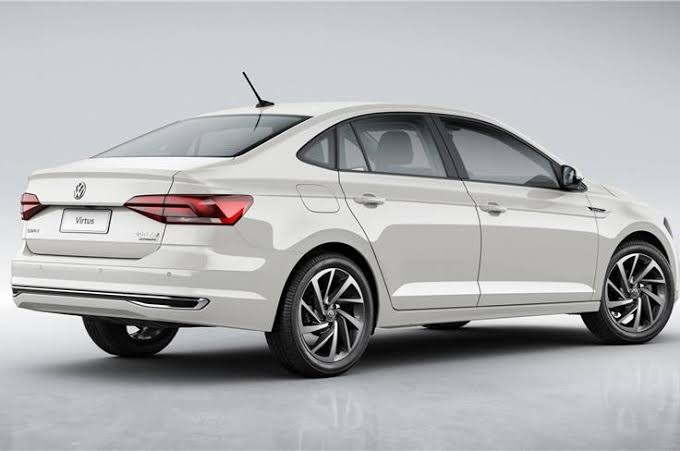 Volkswagen Virtus 2022, the all-new sedan from the German Automaker is a game changer in the Indian Sedan Segment. It is the largest sedan compared to its rivals, the Honda City, Hyundai Verna, Maruti Ciaz and even its own cousin, Skoda Slavia. Powered by 1.5 TSI petrol engines, Volkswagen Virtus and Skoda Slavia are the most powerful sedans in their range.

The Journey from Vento to Virtus

Volkswagen has officially replaced Vento with their new Virtus. Vento, along with Skoda Rapid was a long running model that was liked by many Indian sedan lovers. With Virtus Volkswagen is changing the sedan game to its favour. Skoda recently unveiled Slavia with a lot of cool features and the arrival of Virtus was much awaited. Now, let’s take a look at some of Volkswagen Virtus 2022’s highlighting features.

Volkswagen Virtus Dimension is captivating. The Volkswagen Virtus Sedan is an impressive 4561mm long, a clear 20mm longer than the Slavia and even longer than Honda City, which is at 4549mm. As for the width, height and wheelbase, it is the same as Slavia, 1752mm, 1507mm, and 2652mm respectively. Both their boot spaces stand at 521lts, higher than Maruti Ciaz, whose earlier record was 510lts. As with all its competition, the Volkswagen Virtus comes with 16-inch alloy wheels in its top trimmed variants.

The other features include, LED projector headlamps with integrated L-shaped LED DRLs, chrome surrounded single slat grille in the front, stylish fog lights, GT Line badging on front fenders on the front. On the rear, wrap-around LED tail lights, and Virtus lettering on the boot-lid.

The Virtus comes with two engine options, a 1.0-litre, three-cylinder, TSI petrol engine and a 1.5-litre, four-cylinder, TSI petrol engine. The 1.0 TSI engine produces an 114bhp and 175Nm torque while the 1.5 TSI engine, 148bhp and 250Nm of torque. Similar to Slavia, the Virtus is a powerful sedan and even a better one for such a long vehicle. The 1.0 TSI will include a 6-speed manual and a 6-speed torque converter automatic transmission, while the 1.5 TSI comes with a 7-speed DCT automatic gearbox.

The automatic transmission of the 1.0 L variant feels smooth but it is the 7 speed dual clutch transmission that will steal your heart. The transmission is seamless. The gear shift happens so smooth that it performs like manual but comes with no responsibilities whatsoever.

These combinations make Virtus a really powerful car and along with Slavia, they’re both set to dominate over Honda City. Further, you can feel the quality of the German engineering when you sit behind the wheels of this mean machine.

Another interesting point about the 1.5 Litre TSI engine is that it saves fuel consumption by shutting off two cylinders during cruises. So, the next time when you’re cruising at 80 kmph, you can be confident that your car is consuming lesser fuel and saving the money for you. In spite of this shutting off, the Virtus will steel feel more powerful than the competitors like Honda City or the Maruti Ciaz.

All the variants in Virtus are set to be delivered with a 10-inch touchscreen infotainment system with Apple Car Play and Android Auto, paired with an 8-speaker sound system. Also in the cabin is a fully-digital instrument cluster, wireless charging pads, front seats with ventilation, electric sunroof, automatic climate control, and of course, cruise control.

Other unique features of Volkswagen Virtus Interior are, ambient lighting, auto headlamps & wipers, and an 8-inch digital driver’s display. The interiors look premium and feel luxurious. You can find the perfection of the German engineering in every tiny detail of the car.

If we are talking about Volkswagen, we can relax about safety concerns. True to its name, Volkswagen has included some of the finest safety features in its new Virtus. It comes with six airbags, Electronic Stability Control, rear parking sensors, a tyre pressure monitoring system, hill hold assist and ISOFIX child seat mounts. The sedan also gets automatic headlamps and water sensitive wipers apart from the reversing camera with guidelines.

The car also comes with a single beep after crossing 80 kmph and continuous beeping after 120 kmph. This is a much required feature as the car picks up and zooms through the roads at amazing speeds. Even the top line models do not come with the ADAS – Advanced Driver Assist Systems and this is something that the German carmaker should concentrate on future models and facelifts.

The Volkswagen Virtus is starts at ₹9 lakhs and its top variant is expected to reach up to ₹12.5 lakhs. However, looking at the launch price of Skoda Slavia, it can be safely assumed that the models will star at ₹10 Lakhs but the top end could go north of ₹16 Lakhs. Bookings have already begun. At this rate, the German sedan will give its competitors a run for their money. The promise of German engineering & the power of 1.5L TSI engine makes this an undeniable offer.

Volkswagen Virtus vs Skoda Slavia – Which is Better?

The German sedan and the Czech cousin are both built on the same platform. For most cases, both the cars are almost the same. However, there is a clear difference between the Skoda & the Volkswagen. Skoda Slavia is slightly smaller than the Virtus. The longer dimension of Virtus doesn’t translate to the larger boot space but a spacious cabin and better legroom. This is a good news for taller passengers. Also Virtus comes in 6 shades while Slavia comes in only 5 colours. The Curcuma yellow is unique only to the Virtus.