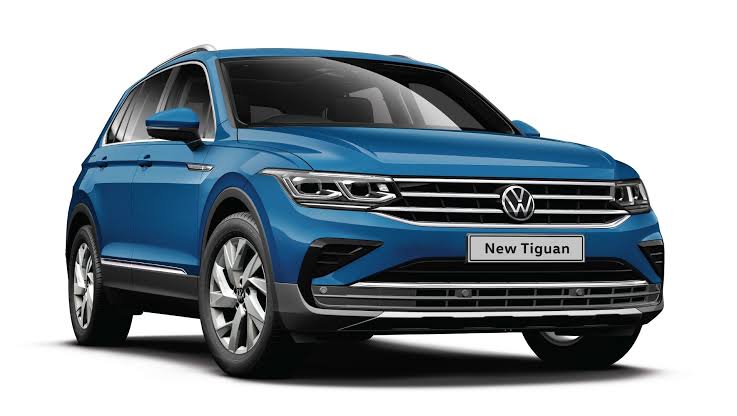 Hyundai Creta & Kia Seltos, are the fastest selling cars in the mid-sized SUV segment of Indian automobile market. The cumulative sales number of these two vehicles is much higher than the other SUVs in India. However, the status quo will not be maintained for long.

The launch of the Volkswagen Taigun and Skoda Kushaq, both belonging to the Volkswagen group is a good news to the car buyers in India. One of the main reasons for the huge success that Creta & Seltos enjoys is their economies of scale. Both the cars are based on the same platform and share most parts. This has made it possible for the Korean companies to achieve an undue advantage over other competitors. However, with the launch of Taigun and Kushaq, the scales have been balanced.

Czech car manufacturer Skoda and the German Auto giant, Volkwagen both belong to the Volkswagen group and both the SUVs are based on the MQB AO IN platform. The variable platform that has been customised according to the Indian needs. Both Kushaq & Taigun comes with 2 engine options. A 1 Litre petrol engine and a 1.5 Litre petrol engine with 6 speed manual or 7 speed DSG gearbox options. The battle between the German group and the Korean group will be fought hard on the Indian soil.

Perhaps the most path breaking launch of this year in the mid-sized SUV segment is that of MG Astor. The British brand Morris Garage’s Astor will be launched in India on 7th October 2021. While the exact price details of the model is not yet known, it could be in the range of 10 – 17 Lakhs. MG Astor is the petrol engine version of the electric vehicle MG ZS EV, the electric vehicles from the MG brand.

In this comparison, we are going to take the 1.5 Litre petrol engine in all the cars including the Taigun, Kushaq, MG Astor, Creta & Seltos.

Firstly, the dimensions of Volkswagen Taigun is exactly the same as the Skoda Kushaq except for a small difference in the length. Taigun is 4221 mm long and Kushaq is 4225 mm long. Other than that both the vehicles are 1760 mm wide, 1612 mm high with a wheel base of 2651 mm. Both the SUVs have a ground clearance of 188 mm.

Taigun 1.5 Litre petrol engine base model starts at 15 Lakhs while the Kushaq is dearer by 1.2 Lakhs. Similarly the ARAI mileage of the Taigun is also slightly better than the Kushaq. Other than the exteriors and minor differences both the models share a majority of the features like real time vehicle tracking, multi-function steering wheels, safety features like ABS, EBD, etc.

On the outside, the grille, the rear light, raised bonnet, alloy wheels are some of the differences between both the SUVs. From a purely functional point of view, both the cars are exactly the same and you won’t regret buying either.

British brand MG has already carved a niche for itself in the SUV segment of the market. The latest addition MG Astor is perhaps the best in the line-up of the company in India. If the price of the SUV is going to be competitive, then there is no second guess about the winner in the battle. Astor will thump all other SUVs by a huge margin by the sheer number of features that it brings to the table.

MG Astor is fully packed to the teeth. The powerful 1.5 Litre petrol engine provides 108 bhp of power and 144 Nm of torque. While it is lower when compared with the Taigun & Kushaq, Astor definitely takes an unassailable lead on other fronts.

Astor is the first vehicle to come with an AI in the country. The artificial intelligence with a call sign “Astor” is not just a glorified talk back system. It takes voice command and controls the functioning. It also assists by providing key information from the internet and by noticing every minute detail around the car. It has the ability to read the boards on the road and find the speed limits, aid in lane change, slows down when there is an obstruction in the front or back of the SUV.

The Astor assistant oddly makes and maintains an “eye contact” with the driver. Surprisingly, it is also the longest in the segment with a length of 4323 mm. It also stands tall at 1650 and 1809 wide. As a result it has the most leg room and boot space of all the SUVs in the segment. The 6 way adjustable seat, plush and premium finish leather upholstery all makes it a car to buy.

The brand is expected to launch the SUV in early October. The festival season of India, the Pooja holidays, Diwali all are right around the corner. Tata is also launching the micro SUV Tata Punch around the same time. While the two SUVs are of different leagues, the Astor could blow a heavy punch on Tata Punch, if the former prices it competitively.

Morris Garages is also expanding the dealership network in India which will make the model easily available in the key cities of each state of India.

Who will unseat the Korean Dominance in SUV Segment?

The question is not whether Creta and Seltos will be unseated from their Numero Uno position in the Indian market but by whom. While Taigun & Kushaq looks like a deadly duo of cars, the MG Astor could pull a miracle on its own. After all, MG has the brand appeal of being an exclusive SUV brand. Other than that MG has also seen a steady growth in the customers.

With all being said, it is not wise to underestimate the resilience and cost advantage that the Korean giants enjoy. The Diwali time is going to be loud with the sound of the tough battle among these players in the SUV segment.

Which one is your favourite and what are you planning to buy?