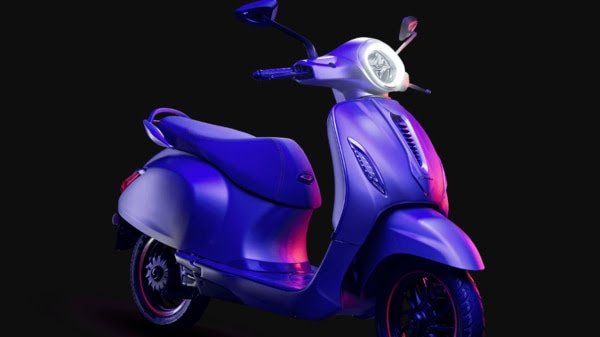 Bajaj Auto, the premium scooter company of the country is all set to resurrect the Bajaj Chetak scooter in an all-new, electric form.

The all-new Bajaj Chetak will be forming a part of the verticals of electric vehicles under the Urbanite brand.

Bajaj has given a robust look to its all-new upcoming electric scooter: Chetak. The body is entirely metallic with a neo-retro design.

The body of the scooter has been manufactured and prepared in house. However, the silhouette resembles the Vespa Elettrica and GTS 300 in several ways.

The scooter gets all-new LED headlight, which contains a LED light from the day time and scrolling LED blinkers.

The entire look and fit of the scooter are very appealing. The makers are very sure that Chetak will stand out amongst the many electric vehicles in India.

The price of Bajaj Chetak is estimated to be costing between Rs 1 Lakhs to 1.5 Lakhs. (introductory, ex-showroom India).

The Bajaj Chetak which comes under the umbrella of electric scooters will get two modes to drive: Economy (E) and Sports (S).

The maximum speed can go up to 60 Kmph. The claimed range on a single charge is around 100 km in Economy mode.

Bajaj has not officially announced the date, but as per the officials, the scooter will be launched in January 2020 initially in Pune followed by Bengaluru.

The Bajaj Chetak scooter will be available across India through Bajaj Pro-Biking dealerships.

Bajaj has premium technology to manufacture Chetak, such as:

2. Bajaj has instilled an intelligent battery management system which controls all the charges and discharges which comes up with regenerative braking.