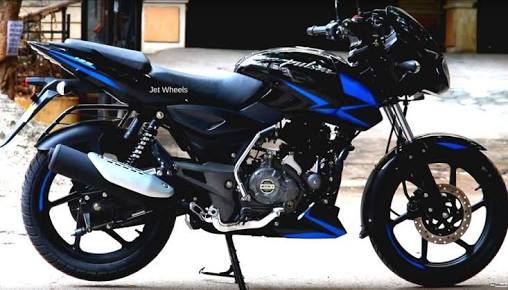 Bajaj has offered the bike in three colours the Black Silver, Neon Green with Matte Black and Black Red all with 3D logos on the tank, twin-strip LED tail lamps and black alloy wheels. It will have the market standard combined braking system with gas-powered shock absorbers at the back and telescopic forks at the front. Bajaj last year released the Pulsar 125 which hit more than 1 lakh sales figure in just six months because of the massive success of the motorcycle Bajaj has improved the vehicle in terms of performance and style at an incredible price point.

Bajaj has used the Pulsar 150 as an inspiration to attract more premium customers. The on-road cost will be a little more than the previous BS4 complaints and the disc-brake equipped version, but there is no difference in the on-road price of the standard and split seat models. It will be made available at the select store across Bajaj dealerships. It will rival the likes of Honda SP 125 and the Hero Glamour.

Bajaj has also had a revenue of nearly Rs 30,000 crores in the financial year 2020 becoming the most significant player in the two wheeler industry going past Hero MotoCorp which held that position for more than ten years. Although it includes revenue from three-wheeler vehicles and Hero doesn’t manufacture three-wheelers, it still is a considerable achievement for the Pune based manufacturer.