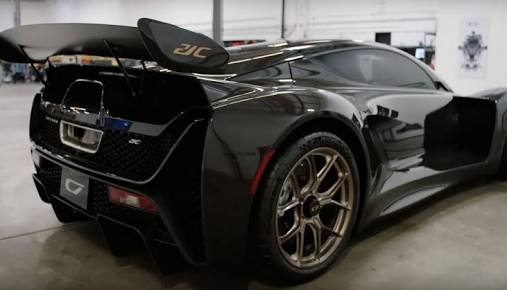 The American hyper car manufacturer Czinger vehicles has officially unveiled the speed monster Czinger 21C. It was supposed to be launched on March 3rd in the Geneva Motor Show but the show was cancelled due to the Corona virus outbreak. However, let us see have a look at the specification and features of the concept hyper car

Under the hood, the hypercar is powered by a twin-turbo V8 engine of 2.8 litre. Further, it is assisted by three electric motors with a total power output of 1250 horsepower. Equipped with a 7 speed gearbox and automatic transmission kit, the engines provide maximum power at 11,000 rpm. Czinger 21C with a top speed of 432km/hour is one of the fastest vehicles in the history. The car can reach 0 to 100 kmph in a meagre 1.9 seconds. That is the car would have already crossed 100 kmph by the time you have read this sentence. It is supposed to reach 0 to 400 kmph in under 30 seconds, which makes it the fastest car by surpassing the Koenigsegg Regera that required 31.49 seconds to achieve the feat. For anything faster, you would need a couple of jet engines behind the car.

On the outside, the exteriors of the car has an aerodynamic shape that streamlines the air friction and aids in maximum speed. The tail fin of the car provides the necessary down force and keeps the car steadily rooted on the road. The rear grill work is a treat to the eyes and will make many jaws drop. The tail light and other lights are stylized in a contemporary fashion but has a futuristic tint to it. The interiors of the car is yet to be shown to the public but it is supposed to be in the tandem style two seater configuration.

Czinger 21C is the fastest fuel based car in the world but only 80 such marvellous machines are going to be made. So, hurry up if you are planning to buy one.