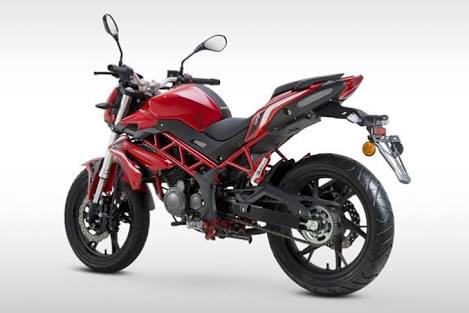 The Benelli has already announced that they will be launching a total number of 12 models and it’s all set for launching a wide range of new motorcycles for the Indian market. Benelli BN 125 was recently spotted, the pictures were uploaded by Kaulson Racing known as one of the pioneers for importing, services and selling superbikes in India. The company has not officially announced about it, but it’s highly possible that it will be launched soon as it’s spied in India.

The launch is highly expected company is looking forward to expanding its reach in India. The bike is wrapped in white and red dual-tone paint scheme which looks incredible. The features of the motorcycle include 110mm wide front tyre, and 130mm wide rear tyre and digital instrument console, CBS (Combined Braking System).

The bike is powered by a 125cc, single-cylinder. It has oil-cooled engine housed in a steel tubular trellis frame. The motor has the ability to produce 11bhp and 10Nm and comes mated to a five-speed gearbox.

Benelli BN 125 is a direct rival to KTM Duke 125. As compared to the KTM’s output, the Benelli produces 3.3bhp and 2Nm lesser. A 260mm disc does the breaking of Benelli BN 125 at the front and a 240mm disc at the rear with CBS as standard. Benelli BN 125 shares similar designs with TNT 600i and TNT 300. After the launch, it will go head to head against KTM Duke 125 which is going to be very exciting.