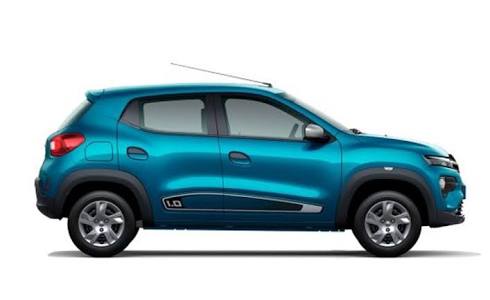 The numbers of cars on the roads of India are consistently increasing, and our roads are still cramped. This issue leads to a lot of traffic, and it really makes the people tiring which driving in such situations. Thanks to the car manufacture who has taken this problem seriously and now there are providing more automatic cars even under the price range of Rs 5 lakh. Let’s take a look at the 5 best automatic transmission cars under the range of Rs 5 lakh.

Tata Tiago was first launched in the market of India with petrol and diesel engine along with the manual transmission. It is considered one of the best-selling hatchbacks India with more than 1 lakh bookings. In the version, Tata has offered the car with modern looks, smart features and now it’s more fuel-efficient.

It is one of the most loved cars in the country which comes with an automatic transmission option. The option of transmission is offered on the VXI and AGS. Both of the variants are powered by 1.0 L petrol engine option which is capable enough to produce the total power of 67.1 BHP and a peak torque of 90nm. When it comes to the competition, it locks horns against Renault KWID and Tata Tiago.

Ever since it was launched, it has been one of the best-selling hatchbacks in India. The car is now being offered with an AMT gearbox, and it comes with the same transmission just like in the Celerio. The 5 speed AMT gearbox of the Maruti Wagon R is coupled with a 1.0L engine of petrol which has the ability to produce the power of 67.04BHP and a peak torque of 90nm

As we all know, it is one of the most affordable cars in India, and because of its dimensions, it best fits for Indian roads and streets. Tata Nano GenX is the smallest car in its line-up. It is the car which is RWD while the rest of the cars are FWD. The vehicle is now available by the company with the five-speed automatic transmission that is coupled to the 624cc engine of petrol which is capable enough to produce the power of 37.5BHP and the peak torque of 51nm.

The French carmaker Renaut launched the first-ever automatic car India with the introduction of Kwid in India which comes with an engine of 800cc. The company has now enhanced the power of the car and also given it an AMT gearbox to proffer a comfort in driving.