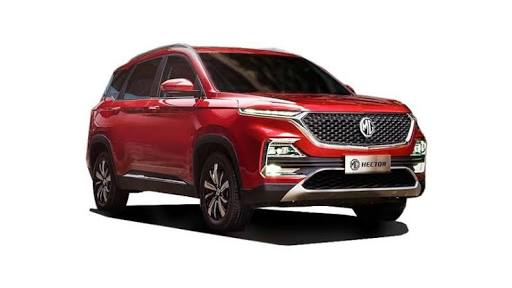 MG Motor UK (MG Motor) is a company of British Automotive headquarters in Long bridge, Birmingham, England, and a subsidiary of SAIC Motor UK, which is owned by the Shanghai-based Chinese state-owned automotive SAIC Motor. MG Motor designs develop and market cars sold as the MG Marque. MG Motor is the importer of Chinese based cars in the UK. The marque came back to competitive motorsport in 2012 and won the 2014 British Touring Car Manufacturing Championship. MG Motor launched its latest variant of Hector 5-Seater as Hector Plus in the 2020 Auto Expo.

Let’s have a look at the latest MG Hector Plus and MG Hector 5-Seater and its top 4 differences.

The width, height, and wheelbase remain unchanged. The 6-seater version measures 1,835mm in width, 1,760mm in height, and has a wheelbase of 2,750mm. The general length of the Hector Plus stands at 4.695mm, which is 40mm longer than the Hector 5-seater. Both models come with a ground clearance of 198mm.

Unlike the standard Hector, the MG Hector Plus 6-seater SUV offers third-row seats with a 1:1 split ratio. There will be an additional joint seat for two extra commuters. The 7-seater version, on the other hand, will come with 6:4 split-bench seats.

Compared to the 5-seater model, the MG Hector Plus will be priced around Rs 15-20 Lakh. Prices of the standard version start from Rs12.73-17.43 Lakh. The 6-seater version will take a head-to-head against the upcoming SUVs like Tata Gravitas, new Mahindra XUV500, and FordXUV500 based SUV.