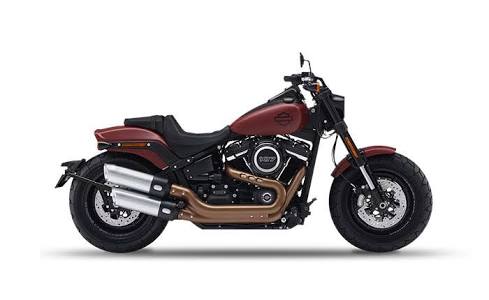 All those extravagant and uber-luxurious bikes and cars that you spot on the cover of glossy magazines transport you into a dreamland.

Poised aesthetics and one-of-a-kind features wrapped up together under an illustrious price tag, truly have an aura to uplift your status.

While a common man can only covet and admire these beasts on magazine covers, our celebrities and industrialists up their style quotient by getting behind the wheels and taking these Big Boy Toys out for a spin. And when better than your favourite star riding your favourite bike and car with all their charisma.

Recently, Bollywood actor Rajkumar Rao upped his garage collection with the new Harley Davidson Fat Bomb. With all his simplicity and sombreness, the actor chose to transition reel life into real as this model of Harley has appearances in several movies among all other models.

Powered by 1745cc Milwaukee-Eight 107 engine which churns out 144Nm of torque through a transmission that flaunts a six-speed gearbox, we can only imagine what beast it must be while rolling on the roads, meandering through the turns and curvatures and darting through expressways.

In India, the bike is priced at around Rs. 14 lakhs. With the new suspension setups, we’re quite sure that Rajkumar having is having an effortless riding experience while cruising the road just like his performances on the silver screen.

The actor who is a critics’ favourite, not only has an anomalous choice in movies but also in automobiles which is proven by his latest acquisition of current generation Harley Davidson Fat Bob, which is a part of the Softail family, unlike the previous generation.

The actor who often portrays the characters of a boy next door, chose this aggressive and muscular looking two-wheeler which has a 34 stiffer and 15 kg lighter frame. We describe its appearance as more macho because of its 150 mm front and 180 rear section tyres which are the fattest tyres the company has on offer.

Amidst all these host of innovations, a traditional Harley loyalist will feel the familiarity as the brand has maintained the teardrop fuel tank, contoured seat and the wide handlebar.

Be it in the movies, in magazines or on the roads, Harley Davidson remains a favourite among all bike enthusiasts as it has been from decades and continues to be the most innovative among its competitors with all their models.

The aspirational value that the brand has attached to it will continue stirring hearts of its audience with its exemplary performance, distinctive, robust and yet elegant aesthetics and effective product strategies.