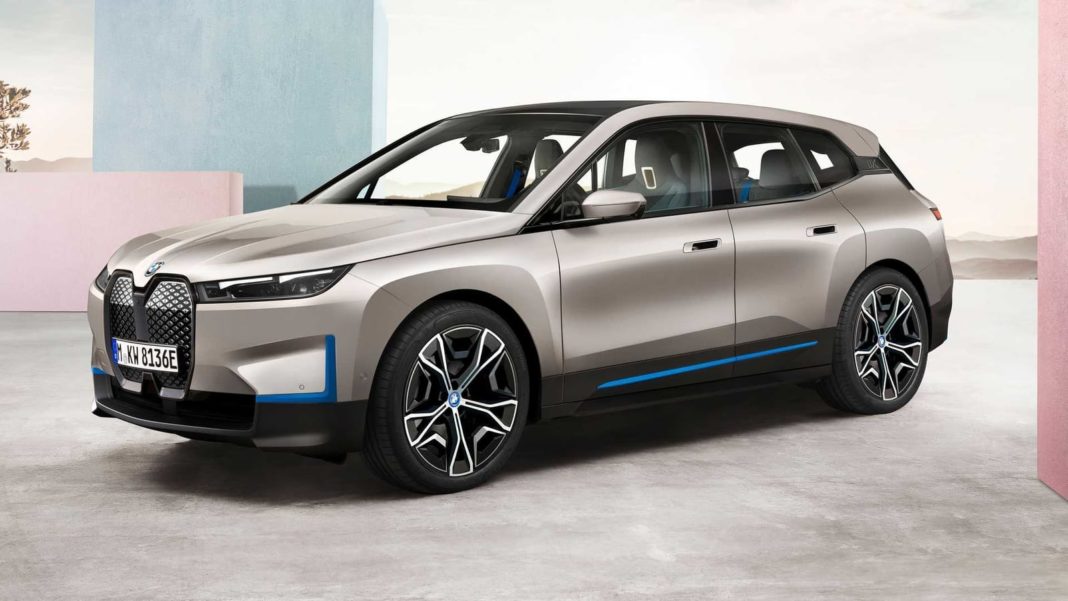 Luxury car maker BMW is finally bringing out an all-electric model to India. It is to be noted that main competitors of BMW like the Audi, Jaguar, and Mercedes – Benz have already launched their electric vehicles in the country. The new model iX and the variants look stunning and it seems that it is worth the wait. One of the most important features to be noted in the upcoming model is seemingly huge range of almost 630 km per charge.

According to the WLTP (World harmonized Light-duty vehicles Test Procedure) which is the standard for India and most European countries, the new BMW iX has a range of 550-630 km. At the same time, the American standard provided by the EPA (Environmental Protection Agency) gives a more conservative number of 480 km.

The new BMW iX is a spacious and lavish SUV that provides the best of both the worlds – an eco-friendly mode of transport and the sheer power and range of a diesel guzzler. It is the 5th generation electric drive train based on an aluminium frame. The SUV is more aerodynamically modelled so as to minimize the drag and provide better efficiency.

Introduction and launch of the model in India will bolster the sales of BMW in the sub-continent. The Completely Built Units (CBU) of the BMW iX will be imported to India and will come in 8 elegant colors. The power and range of the SUV will augment the sales of the model. It has to be accepted that BMW had indeed scored a century with this launch.

BMW iX comes in two models, the xDrive 40 and higher powered xDrive50. Both the models are available in sport and coupe variants. The xDrive40 is powered by two electric motors that provide a combined power of 322 hp that can move the SUV to a staggering speed of 200 kmph. It can go from 0-100 in 6.1 seconds. The battery pack in the model has a capacity of 71 kWh and provides a safe range of 425+ km.

Similarly, the xDrive50 is also powered by 2 electric motors that provide a massive power of 516hp and a maximum torque of 765Nm, the BMW iX has got everything – the range, the power and the style. The battery pack of the models has a capacity of 105 kWh that provides a massive range of 630+ km per charge. The company provides 8 years or 160,000 km warranty for the battery.

On the outset the BMW iX stays true to the looks of SUV and exudes power & elegance. The relatively low ground clearance and a long wheelbase could be an issue if you take the car to off-roads. For most on road experiences the SUV will not satisfy you but also amaze you with its performance. The SUV is just shy of 5 meters at 4953mm long and stands tall at 1696 mm high. At 1967 mm, the model is almost 2m wide.

The exterior is styled to perfection with aerodynamics in the mind. The car has a very low drag coefficient of just 0.25. The slim twin headlamps on the front not only catches the attention but also differentiates it from other models.

The first thing that you notice on the inside of the BMW iX is the hexagonal steering wheel that is designed in line with the general design sense and style of the iX. The SUV comes in 8 stunning colours and the upholstery is matched to the outer color of the car.

The large 27” panel acts as both the instrument cluster and the infotainment screen. The instrument cluster has all the information about the car including the readings of various sensors. The infotainment screen comes with compatibility to both Android Auto & Apple Car Play. Perhaps, another unique offering of the model is the presence of a large number speakers as many as 30 on the inside of the SUV provides a 4D Audio experience. It is to be noted that even the seats come with their own dedicated speakers to give you the best audio experience.

With safety features that literally makes the car impossible to crash has a plethora of support features like radar, 360º panoramic cameras, front and rear cameras to assist in driving and parking. It comes with other safety features like anti-theft alarm, acoustic pedestrian protection.

A 4 zone climate control, power adjusted seats, long and picturesque sky roof, insulated windshield, etc. are only a tip of the iceberg of features that model has to provide. It is to be noted that BMW had used recycled plastics, wood and other eco-friendly materials in making the interiors of the BMW iX.

BMW iX Grille Controversy – The Reason Behind it

Well, let’s address the elephant in the room – the grille. While, there is nothing to find fault on the interiors, it is to be noted that there had been a huge backlash in the social media when it comes to the front kidney shaped grille of the BMW iX. While the iX is a fully electric car and there is no need of any grille on the front, the German car manufacturer decided to use the signature kidney shaped grille. However, what has irked a large number of BMW loyalists is the fact that the grille had erred beyond recognition from the usual elegant style.

Many spirited fans of the car company had created a campaign to change the front grille of the model. In spite of all these campaigns from the customers, BMW had reasoned that the grille is the hub of everything behind the ShyTech – the AI system that provides Advanced Driver Assistance Systems, advanced sensors, radar, cameras, etc.

Well, to be fair to the company, it is not the usual grille that you would expect but an intelligent kidney grille that provides assistance and extra safety features to your BMW iX.

The new BMW iX will be launched on the Indian soil as a CBU model on 11th December, 2021. The car will be priced around ₹1.1 to ₹1.4 Crores in India. Since the SUv will be brought to India as a CBU, the effective cost will be higher than the usual. This will put the model in competition with other formidable competitors like Jaguar iPace or the Audi e-tron.

So, what do you think? Can BMW outdo its competitors?