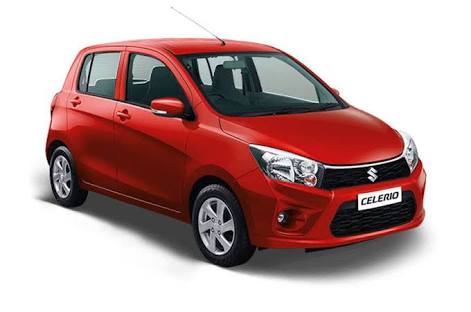 After rolling out BS6 Maruti Suzuki Celerio, the company, the company has now introduced BS6 compliant Celerio X in the country. The hatchback will be offered in these trims- VXI, VXI (O), ZXI, and ZXI (O) and much more. There is a total of 8 trims which will be priced between Rs. 4.90 lakh to Rs 5.67 lakh. The car will come equipped with a lot of features and received various changes in both exterior and exterior.

Powering BS6 Maruti Suzuki Celerio X, it will be BS6 compliant 1.0 L, cylinder engine of petrol. The engine is capable enough to deliver the power of 66 bhp and the peak torque of 90nm at 6,000 rpm. The duties of transmission will be done by r speed AMT and 5-speed manual gearbox. Talking about the dimensions of the car, it is slightly longer and wider than the previous model. Several changes have been made to the car, which now makes it look different. It has received a circular fog lamp, dual bumper, all-new blacked-out B-pillar, outside rearview mirrors, alloy wheels, and skid plates. It will also come up with the black roof rails, which enhances its appearance more.

Under the hood BS6, Maruti Suzuki Clerio X has received an all-black interior scheme along with the white accents to make it look sportier. Orange splashes can also be spotted on the trims of the black seat. Talking about the safety features, it will offer dual airbags in front, rear parking sensors, ABS with EBD, and speed belt alert. You will also be able to witness speed alert, which comes as the standard feature in the car. It will also offer a 7-inch smart play 2.0 touchscreen infotainment system with smartphone connectivity. Basically, it’ll be rugged-looking hatchback which looks very well-built.