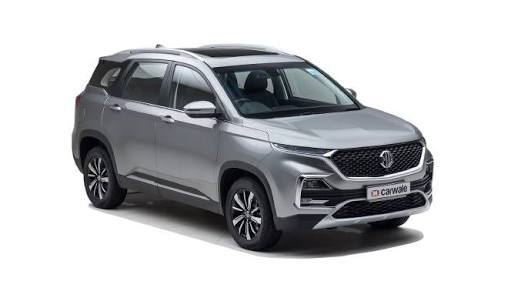 MG Hector is one of the most awaited cars and it is all set to hit the showrooms soon in this year. MG hector may not come with much upgrades except engines. There will be definitely some upgrades in the engine of MG Hector which we are going to see very soon. People will be able to book it officially from mid of February.

The price of the car will be announced by March 2020. MG Hector will continue its sales at 2.0-litre diesel engine and  1.5-litre turbo-petrol with 48 V mild hybrid system. The company will add urea tank and diesel particulate filter for making the engine BS6 compliant. There will be some changes which will be applied to the motor of petrol. The car will carry on with the speed of six manual transmission system.

The present cost of the MG Hector starts from Rs 12.48 and ends at 17.18 lakh. BS6 MG Hector prices will be higher than the previous version. Price of the petrol version is expected to increase from 45,000 to 60,000. The diesel version will take a higher jump in terms of the price it will be more expensive and likely to increase 1.25 lakh, which is quite a significant amount.

It is also possible that MG Hector releases a six-seat version which will be called as MG Hector plus. There are a lot more projects which MG is planning for Hector but as of now let’s wait for what more BS6 MG Hector can bring in the store for us.