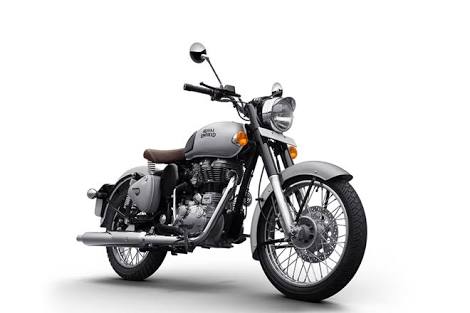 History has always been significant for Royal Enfield. It utilised the fact that design and fashion have a certain cyclical nature to them.

This concept worked pretty well for Enfield. They actually made the bikers believe that retro bikes are cool.

Basking in the glory of the Continental GT 650 and Interceptor 650 success, the company is now taking a leap toward a very modern concept- e bikes.

In an exclusive interview with a leading news channel, Royal Enfield CEO, Vinod Dasari made confirmations about the firm’s pursuance of electrification.

He also cautioned that before an Enfield e bike hits the road, at least 3-4 hours will be necessary for research development and final manufacturing.

The electric bike that he hinted upon was under production stage in the firm’s UK technology centre.

Dasari feels that the worse phase of the current downturn in the auto industry is over. And he expects that Enfield sales will catch up speed from now onwards, possibly hitting a double digit growth.

Royal Enfield will also change its approach towards manufacturing. Instead of having a few large capacity manufacturing facilities, it is going to set up small scale assembly plants outside India. Enfield is focusing upon opening up small studio stores across the country.

Electric bike launch on the cards:

E bikes are basically the part of Royal Enfield 2.0 strategy for the future. There are chances that Enfield might showcase an electric motorcycle concept at EICMA the following year.

It is clear that the future product strategy of the company is likely to include electric motorcycles at some stage. Although it may take a couple of years to come in the production stage.

It took inspiration from the original model KX of the late 1930s. There are chances that the RE concept KX will make into production stage with an all-electric power train.

There is no doubt on the fact that Royal Enfield has a dedicated team working on an entirely new range of motorcycles.

Time will tell only if the firm comes up with some brilliant electric bike for all the modern motorcycle enthusiasts.

Mileage and other specifications are yet unknown as the company’s action plan is not clear yet.

The expected price is also not known because Enfield CEO has made it clear that e-bike production is still a few years away.

Nothing is clear about the launch date. May be a couple of years later, the e-bike will enter into production stage.