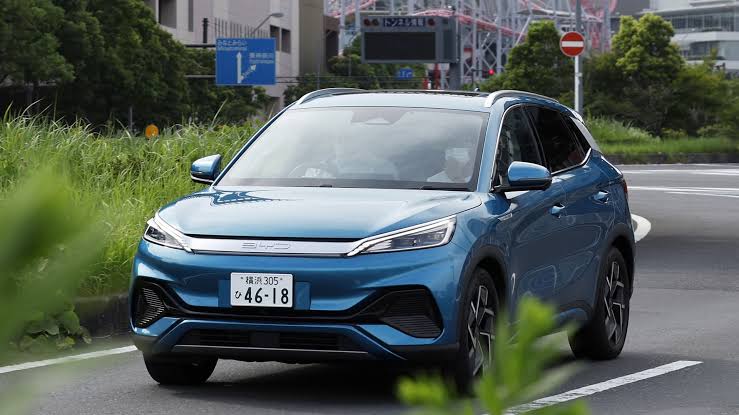 BYD Automobiles has claimed it has sold over 450 of its top-of-the-line MUV, e6, across some of the major cities in India. The Indian electric MPV market is largely nascent as the leading players are all fighting for the micro SUV & compact SUV segment as of now. The competition for the MPVs is fiercely fought by the Japanese companies of Toyota & Suzuki. That is why the introduction of the Chinese e6 is a welcome relief. The e6 is a 5-seater electric vehicle which is the only vehicle in India to come with the safest battery tech in the world, the Blade battery. Interestingly, the electric MPV is capable of regenerating power from speeds as low as 2kmph. This feature translates to the tall claim of 520km range by the company. There are a lot cooler features about this EV too. Let’s see them one by one.

The BYD e6 is powered by a 70kWh electric motor that can produce a maximum power of 93.87bhp and 180Nm torque. Powering this motor is the 71.7 kWh Blade Battery that can be fully charged in 1.5 hrs, using fast charging technology. BYD also offers a 7kW AC wall charger that can charge the battery to full in 12 hours.

The reported range of the MUV stands at 415Kms, and the company claims it can reach up to 520Kms in a single charge, with the city mode enabled. The top speed of the EV is also an impressive 130Kmph. Enabled with the FWD, the EV comes with the automatic transmission as standard. At any rate, the reported range or the claimed range, it is a wonderful offering when compared with the present ranges of EVs in India.

The e6 stands at 4695mm in length, 1810mm in width, and 1670mm in height. Its wheelbase is 2800mm and has a ground clearance of 170mm. The EV is capable of seating up to 5 people, and it has a large boot space, 580 litres. With a large road presence that is comparable to Toyota Innova, the e6 MPV will face a stiff competition from the electric variants in the near future. However, in a largely undifferentiated automobile market like that of India, the BYD e6 could also face a tough contest from the Tata cars. Tata will soon launch its own larger electric SUVs in the next two years.

The e6 has a stylish cruiser look to it, and it is well suited for both the cities and long rides. The front of the vehicle sports a chrome grille and a chrome garnish. Its halogen headlamps are adjustable and there are also LED DRLs.

On the sides, we can notice the 17inch alloy wheels with round wheel arches. Its length contributes to the large side doors, which allow a comfortable passenger entry and exit.

On the rear, it has been fitted with LED tail lamps, a rear window wiper, and a rear windshield electric heating defroster. All in all the e6 looks stunning, stylish & utilitarian.

The inside of the e6 sports a dual tone dashboard, which houses a 10-inch touch screen rotatable infotainment unit. The dash also has the usual refinements such as a digital odometer, trip meter, etc., placed behind the four-way adjustable steering wheel. There are also six-way manually adjustable front seats, and auto AC.

BYD offers four airbags, ABS with EBD, electronic stability program (ESP), tyre pressure monitoring system (TPMS), and hill-assist systems, with the EV. There are also ISOFIX mounts, anti-theft alarms, rear view camera with distance scale line, and a reverse radar. While 6 airbags would have made it better, the presence of 4 airbags provide ample of safety for the passengers.

The BYD is priced at ₹ 29.15 Lakhs and it comes with a warranty of 3 years or 1,25,000 km. BYD also offers a battery cell warranty of 8 years or 5,00,000 km and a 8 years or 1,50,000kms warranty for the traction motor. With a dimension of almost 4.7 m long, the BYD e6 is larger than the Hyundai Kona electric. At the moment, Kona Electric is the only electric vehicle that is comparable to the BYD’s EV. However, Hyundai’s smaller Kona Electric is priced slightly lower than this. With Mahindra & Tata both looking to bring more electric vehicles in the SUV segment, we can find more offering in the same segment.

Do you think the Chinese BYD will make a long standing impact on the Indian automobile industry or will it just remain a largely unnoticed entry into the market? Let us know what you think.