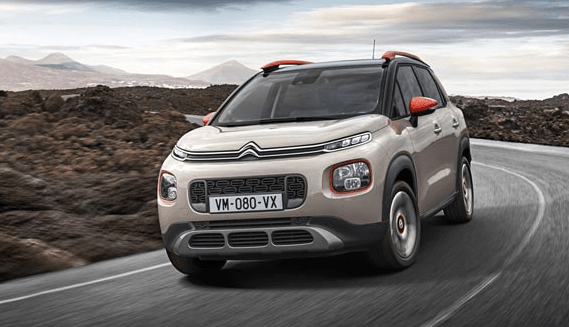 PSA Group is soon commencing with its Indian operations. The rolling out of Citroen C5 Aircross SUV will mark the beginning of the Indian Operations. As per the announcements of the French carmaker, the second model of the company will basically be a sub 4 metre SUV. It will be locking horns with models like Maruti Suzuki Vitara Brezza, Kia Sonet, Hyundai Venue, Mahindra XUV300, Tata Nexon. The codename of the upcoming model is Citroen C21. It will be hitting the Indian roads at around the second half of 2021. The testing of the prototype has already been started.

Of late, we got hold of a digital rendering on the web. It gives the preview of the production-ready version of C21 compact SUV. From the rendered picture, we can infer multiple details. We can see the spy images featuring the brand’s signature design language, LED DRLs connection using chrome strips, split LED headlamps and so on. The fog lamps which come with chrome surroundings have been well integrated with the front bumper. From the rendering we also get to know that the model will feature a black radiator grille as well as a pronounced bonnet.

The side profile of the upcoming model is quite lucrative. It features wheel aches shod with alloy wheels, white roof with black roof tails and black ORVMs with a chrome strip. Because of the black cladding, the car looks all the sportier. This new model will be developed on the CMP platform. This platform has underpinned the global spec Citroen C3 as well.

After launching this compact SUV, the French carmaker will be rolling out an electric micro-SUV that will further lock horns with Tata HBX. The codename of this upcoming electric SUV is Citroen CC21 and it will be equipped with a 30kWh battery pack.