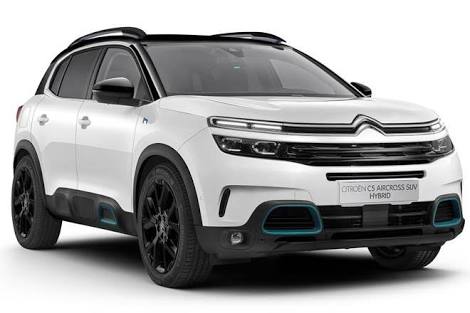 Citroen, the French Automobile manufacturer part of the Groupe PSA, has decided to launch 4new vehicles in the Indian market till the end of 2023. Replying to a comment on Instagram and twitter, Citroen revealed that they plan to launch the Citroen C5 Aircross in Q1 2021 which will be followed by a new vehicle every year under the C-Cubed program of Citroen. In their financial plan for the year 2019-2021, they have decided to step up in the Indian market after the successful production of powertrains.

They will locally produce their cars for the Indian roads and will be launched in India first. They also revealed that these models would be designed for the Indian market and made in India then taken to the rest of the world. The next in line could be a sport Citroen C21 also called the Citroen C3 Sporty, a mini SUV because of the sub-4-meter mark rivaling the likes of Ford EcoSport, Tata Nexon and Mahindra XUV300. Another premium hatchback from Citroen surfaced online for the Indian launch that is the Citroen CC21 based on the Common Modular Platform on which cars like Peugeot 208 are built.

The Citroen C5 Aircross will be a mid-size SUV starting upwards of Rs 20 lakhs competing against Honda CR-V and Jeep compass. Its launch was postponed because of the novel coronavirus pandemic across the nation. It will supposedly have both diesel and petrol versions; the petrol engine will be powered by 1.6-litre turbo-engine producing 180PS/250Nm. And the Diesel engine of 2.0-liter diesel engine producing 176PS/400Nm. The French manufacturer will likely offer the best in class features with modish looks. It will feature a muscular front design with LED lights and a bold main grille with a tall hood. It will have the company’s signature honeycomb design.