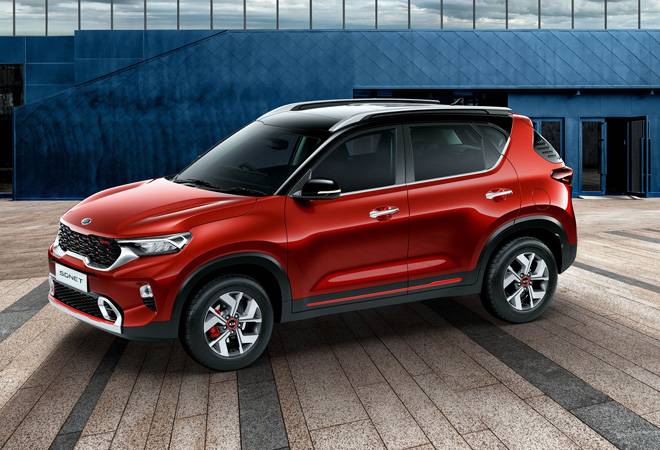 With unmanageable traffic and climatic conditions in India, the trend of compact SUVs taking over full-sized conventional vehicles. With a few examples like Vitara Brezza and Ecosport gaining popularity, more such designs are coming on the market from several manufacturers. Designed keeping in mind the enthusiasm for SUVs among riders, here is the list of upcoming compact SUV models.

The most awaited and talked about the new model of Kia Sonet comes with some high-end specifications and competes with Mahindra XUV 300, Tata Nexon, and Ford Ecosport. The compact SUV offers 3 options on the engine side; 83bhp with 1.2L petrol engine, 118bhp with 1L turbo petrol engine, and a 99bhp with 1.5L diesel engine.

Another compact SUV ready to launch is the Nissan Magnite sub-4 meter SUV designed on the models of Kicks and other regular Nissan SUVs. Starting at 6 lakh, the car has been reported as the most affordable model among all the newest ones. Nissan Magnite has 1L – 3-cylinder turbocharged petrol engine and powers 99bhp and 160Nm torque. The model is equipped with a CVT automatic and a 6-speed manual gearbox system.

Jeep has confirmed the launch of an all-new SUV sub4 meter model equipped with 1.5L diesel and 1.3L petrol engine. This compact SUV shall share the ramp with the likes of Mahindra XUV 300, Maruti Vitara Brezza, and Ford Ecosport, available in both auto and manual versions.

To be launched in the year 2021, Volkswagen Taigun had its curtains taken off at Auto-Expo 2020. The model is confirmed to offer two options; 1L 3-cylinder turbo petrol engine and 1.5L 4-cylinder turbo petrol engine. Taigun shall compete with the Nissan Kicks, Kia Seltos, and Hyundai Creta. The American carmaker has designed Taigun to underpin the next-gen Vento and Polo, and the car is designed to produce 115bhp and 200Nm torque.