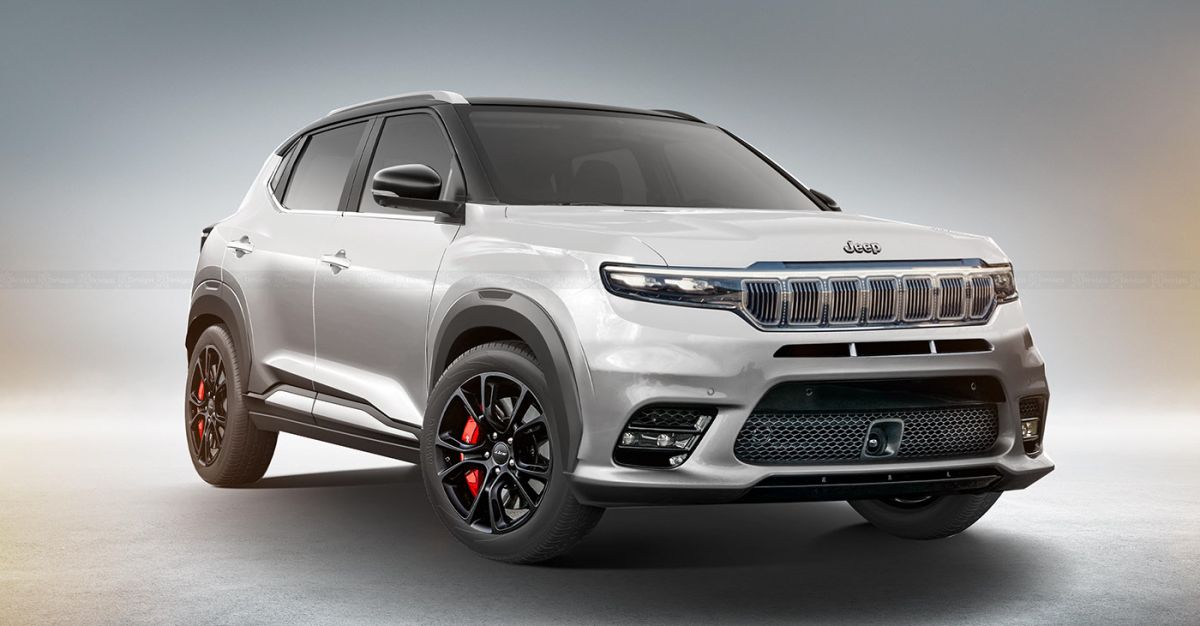 Jeep is developing a compact SUV for India, which is set to debut in 2022. In January 2021, Fiat Chrysler Automobiles (FCA) and PSA Group formally announced their merger. This partnership should aid Jeep in developing compact SUVs. Currently, Jeep’s smallest vehicle is the Renegade, which has a length of 4,230 mm. Since the SUV exceeds 4 meters in length, it will be unable to compete in the compact SUV market. Jeep will be able to use the underpinnings from the upcoming Citroen CC21 compact SUV as a result of the merger. KDesign AG has produced a new rendering of the Jeep Compact-SUV. Jeep Patriot is the artist’s name for the piece.

The front of the compact SUV is inspired by Compass, as can be seen. It has identical sleek headlamps, but instead of all LEDs, it has a projector system. An LED Daytime Running Lamp is also built into the upper and side surrounds. The Jeep 7-slat grille has been blacked out, as have several blacked-out air intakes on the lower half of the bumper. Fog lamps are mounted at the end of the air intakes. And there’s the mesh grille on the lower half of the bumper, which has also been blacked out. A slight front lip spoiler can also be seen. The bonnet has been sculpted and is adorned with Jeep badging.

The side profile gets body cladding all around and 5-spoke alloy wheels, which we also saw on the modified Compass last month. There are no prominent character lines on the side, and the door handles are normal. Because of the high ground clearance, the lightweight SUV has an SUV-like stance. The SUV’s body is painted blue, while the roof, A, B, and C walls, and roof rails are painted black, giving it a stealthy appearance. There are also some horizontal lines visible on the rear quarter window, which should only be decorative. When you get to the back, you’ll notice a significant difference.

The rear window is small but extends to the corners and has a rear wiper with a washer. Several massive horizontal LED tail lamps resemble the Renault Triber‘s eagle eye look. In the lower surround of the tail lamp, there is also an LED strip. The Trailhawk badging is located under the right tail lamp, and the Jeep badging is located between the boot and the right tail lamp. Below that is a chunky skid plate with three black inserts and a license plate holder.