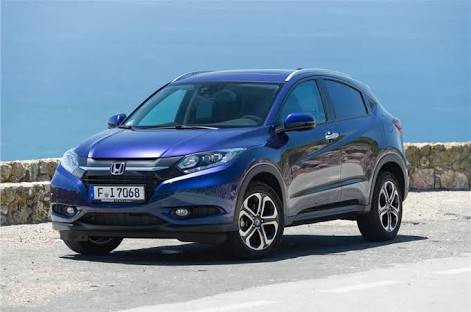 According to media reports, Honda has been working on the development of several SUVs. It is specifically working on an all-new middle-sized SUV – the next-gen HR-V. Recently the automaker has got this name registered. A digital rendering of the Honda ZR-V has been released by Brazilian artist Kleber Silva.

As per the digital rendering, the ZR-V is going to be a middle-sized SUV, and it will lock horns with brands like the Jeep Compass and the Hyundai Creta. The rendering suggests that the mid-sized SUV has taken inspiration from Honda’s bigger SUVs, which are currently on sale in the international market, especially in China.

It has angular front fascia. This resembles the present gen Honda Passport Pilot SUVs. There is a sculpted bonnet, strong creases on bumper and bonnet, and slimmer headlamps.

There are some other designs that are worth mentioning, such as flared wheel arches, raked rear windscreen, and floating roofline. Overall, we can say that the entire profile of the digital rendering looks similar to Changan Uni-T. Only the front design is a bit different. From the digital rendering, we come to know that the Honda ZR-V is equipped with modified alloy wheels and a new paint scheme.

As per the speculations, the Honda ZR-V is going to be launched in the year 2021 in Japan. The compact SUV will follow the clean and simple designs of the Honda HR-V. Honda ZR-V will compete with the Suzuki Jimmy and the Toyota Raize in the Japanese market. After its launch in India, the car will lock horns with brands like Mahindra XUV 300, upcoming Kia Sonet, and Tata Nexon.

As per the media reports, Honda has been developing an all-new middle-sized SUV. The position of this SUV will be between the sub-4 Metre SUV and the upcoming HR-V.