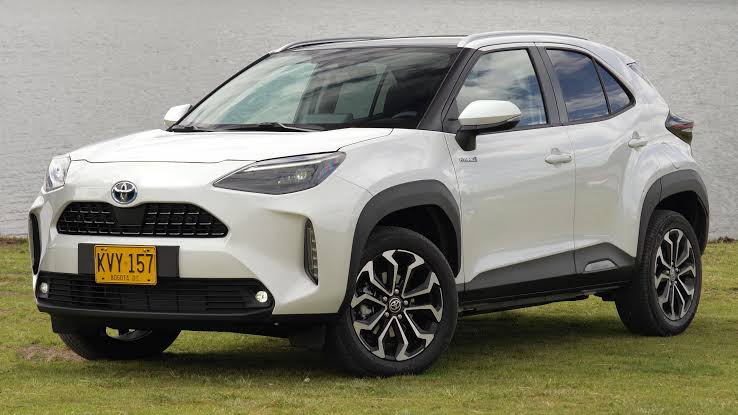 With increasing petrol prices and the emphasis on environmental issues, going hybrid seems like one of the most cost-effective and smart ways to travel in modern times. How are you supposed to know what to choose when there are hundreds of cars claiming to be ‘the best’ and jostling for your attention? Keep reading to find out which hybrid cars really are the most effective.

This hybrid fits into the category of small SUVs and is based on the standard Toyota Yaris hatchback. It is only available with 1.5-liter three-cylinder petrol, and it works with an electric motor to improve its performance and efficiency. Many drivers have found that this car is much quieter than its petrol-only rivals and is easier on fuel.

In terms of overall efficiency, the Yaris Cross’s hybrid system keeps CO2 emissions as low as 100g/km, making it the most efficient hybrid of those available. While one of the more costly options, there are many car competitions you can enter for the chance to win yourself one of these fantastic rides.

If you’re not fussed about space, your best bet is the Toyota Yaris 1.5. Arguably, this car is the cheapest hybrid on the market and has one of the best average fuel economies of the most popular hybrid cars on the market.

This car uses a couple of electric motors and a battery pack to boost performance and fuel economy. In performance tests, this motor is revealed to have a 0-60mph time of just 9 seconds. Moderate acceleration comes swiftly but if you require a lot of speed, be aware that there is quite a lot of noise.

The true MPG of this car is 50.5mpg and is one of the most famous hybrids of them all. The Prius offers far lower running costs than most SUVs whilst offering four-wheel drive and a 1.8-liter petrol engine that’s augmented by electric motors and a battery pack. There is a plug-in version that can be charged to give an electric-only range of approximately 34 miles, too.

The focus is not on high performance but on low emissions and remarkable fuel economy. Despite this, the Prius takes around 11 seconds to reach 62mph, only two seconds longer than one of its biggest competitors – the Toyota Yaris 1.5 Hybrid.

This car comes under the category of family estate car and is more efficient than many of its diesel rivals. It makes use of a small electric motor to improve fuel economy and a little battery that recharges by recovering energy from the brakes as you slow down.

The Toyota has a 120bhp which makes it slower than some of the other options, but it’s sufficient for both motorway and everyday driving.

The hybrid version of the 3-decade old RAV4 came in 2016 and got updated in 2022. The RAV4 Hybrid beats its gas-only counterpart in terms of power and fuel economy. It is the best compact hybrid SUV that you can lay your eyes on.

RAV4 Hybrid goes 0-60 mph in 7.1 seconds, a second quicker than its gas-only version. Unlike RAV4, RAV4 Hybrid has a smooth power delivery without a lag or noise.

It features a 2.5-liter four-cylinder engine with an electric motor, giving a system output of 219 hp. The fuel economy of the RAV4 Hybrid is a solid 41/38 mpg city/highway.

If you are into compact hybrid SUVs, the Toyota RAV4 Hybrid is the best choice.

With edgy styling and incredible fuel economy, the 2022 Hyundai Tucson Hybrid is the new best in town. Its fuel economy lies at 38/38 mpg city/highway, while the car goes 0-60 in just 7.8 seconds.

The car possesses a turbocharged 1.6-liter four-cylinder with a six-speed automatic transmission and standard AWD. There is also a 1.5-kWh battery, drawing total power output to 226 hp and 258 lb-ft of torque.

If you want a three-row hybrid SUV, Toyota Highlander Hybrid is the best option. It has a capacity for 7 or 8 people with wide enough cargo space and unique trim.

The hybrid SUV offers a fuel economy of 36/35 mpg and 600+ miles of driving range. However, the car is a smooth ride only around the city. It does not perform well on the highways.

Hyundai Elantra Hybrid is another great addition to the best hybrid cars lineup. It is a compact sedan hybrid car that offers an elegant ride and robust fuel economy.

It employs a 1.6-liter four-cylinder engine and an electric motor, with a total power output of 139 hp and 195 lb-ft of torque. This sedan possesses a six-speed dual-clutch automatic FWD transmission. The Elantra Hybrid goes from 0-60 mph in just 8.7 seconds.

This remarkable compact sedan hybrid also has a gripping fuel economy of 49-53/52-56 mpg city/highway. It offers a spacious cabin with a cargo space of 14.2 cubic feet. The interior is practical, with an 8-inch touchscreen with wireless smartphone connectivity.

Whilst this guide wasn’t intended to feature mostly Toyotas, it’s clear that Toyota has done a great job with ensuring their hybrids are among the most efficient in the world.