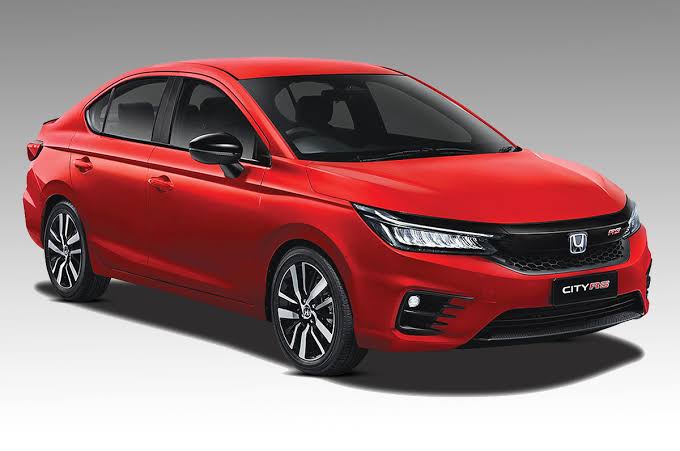 Japanese carmaker Honda didn’t have decent launch in the recent past. When the competition are launching new sedans and SUVs, the company had been relatively silent about their plans for the Indian market. It is at this time that launch of the Honda City hybrid had come as a good news. The Japanese company is set to launch its much-awaited, and upgraded City in India.

The new Hybrid vehicle is nearly production ready and it was recently showcased in the Bangkok International Motor Show. Initially Honda had planned to launch the vehicle in 2021, but it was delayed due to the pandemic. But, this time, we can surely expect the new hybrid car on our roads by the second quarter of 2022.

Powered by an internal combustion engine that is coupled with two electric motors the new Hybrid City is expected to give an impressive 27kmpl mileage. Now, let’s have a look at some of the cool features of Honda City 2022.

What’s special about the engine is that Honda has equipped the car with the new i-MMD, intelligent multi-mode drive, eHEV hybrid powertrain. It is primarily powered by a 98hp, 127Nm, 1.5-litre, four-cylinder, naturally aspirated Atkinson Cycle petrol engine. The engine is also coupled with a generator that powers the electric motors and also charges the lithium-ion battery added to in the boot.

As for the two electric motors, they add power to the transmission leading to a total power output of 109hp and 253Nm. The first electric motor is integrated in the petrol engine. It assists and acts as an integrated starter-generator (ISG), while the second motor sends additional torque to the front wheels through a bespoke gearbox with a single, fixed-gear ratio.

The lithium-ion battery which, as we said earlier, is placed at the rear of the vehicle, reducing the boot space to 410lts and increasing the total weight of the car by about 110kg. The Hybrid City can run at low speeds purely on electric mode and it is only offered with a single CVT automatic gearbox transmission. This way the car can save a lot of fuel by running completely on electric in traffic jams and signal stoppage. In other words, City can help you to save a lot of fuel in the city traffic.

Honda’s i-MMD hybrid system allows for three driving modes, an electric drive mode (on a relatively low speed), the internal combustion engine powered drive alone or a combination of both. The company has stated that this set-up is expected to give a mileage of around 27km. We can expect the actual mileage to be around 20km, on our Indian roads. This is much better than our regular Honda City, which fares in a mileage of around 12 – 14km on city roads. With the rising fuel prices, the Hybrid City could easily woo the people who don’t want to make the shift to the electric vehicle and at the same time want to enjoy the advantages of electric with in the city limits.

The Honda Safety Sense is essentially a bundle of multiple active and passive safety systems integrated into the vehicle along with the usual safety features such as airbags and ABS. The Safety sense includes features like lane departure warning system, adaptive cruise control, lane keeping assist, auto high beam assist, emergency braking and front collision warning system. This is new for any Honda vehicle in India, for Honda has gone all-in with the new Hybrid. Other usual safety features include six airbags, ESP, ABS and others as seen in the standard City. With such advanced safety features, the new City will definitely be a class apart from the competition.

Some of the other minute details include, rear disc brakes, an electric parking brake, sportier design elements and a blacked-out cabin. From the outside, there are some heavy design changes but the car sticks to its original essence. The refined engine & the hybrid motors ensure that you will still experience the muscle of the car. The City Hybrid comes with a lot more features than its older brother and can be expected to be priced around ₹17 – 20 lakhs. The new car can be expected to hit the Indian roads by May-June 2022.

So what do you think? Will the hybrid engine & the upgraded features list give a new life to the old horse, the City? Or will it become a bummer with the launches of Volkswagen Virtus, Skoda Slavia?