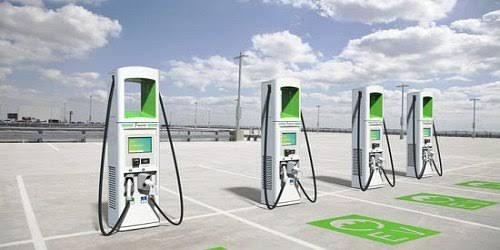 Just as more and more companies are trying to venture into the Electric Vehicles segment, it also calls for the need of setting up battery recharge EV stations. EV charging stations are undoubtedly one of the inevitable infrastructural needs of the automobile sector in the future.

Considering this business opportunity the infrastructure provider company  EVI Technologies have decided to invest almost Rs 100 crore in the next 18-months, to set up  20,000 charging stations across the country.

EVI Technologies which was started in June 2017 currently operates in 16 locations across 10 Indian states. They are pioneers in the field of electric-vehicle supporting infrastructure and leases charging stations to private users.

Rupesh Kumar, the CEO of EVI Technologies explains that the lack of charging infrastructure creates huge range anxiety among users which refrains them from buying and using Electric Vehicles for traveling long distances but once there is a charging infrastructure every 25 km or possibly 50 km people will start buying EVs automatically.

EV charging setup founded by an IIT Delhi alumni also has a special charger, tailored for the Delhi government e-Mobility policy. These chargers are specially designed for a temperate country like India which has a higher range of temperature which in turn affects the performance of lithium-ion batteries almost every 60 kilometers. So the charger will automatically decide the charging rate and charging time-based on the temperature fed by the data in the system.

These chargers can also be set up at customer’s homes once they pay the subsidy part of the total amount, while the remaining will be invested by the company. The company has also announced recently that according to its policies there will be a  subsidy of Rs 6000 on each charger going up to Rs 30,000 based on the number of chargers installed.

The company has already formed agreements with various service providers for setting up these stations. The recent one being BSNL which has planned on setting up charging infrastructure in 5,000 locations across the country. The first set of charging stations will be in  Maharashtra and Haryana. It has already set up 203 public chargers in the country.

Along with this, the EVI Technologies is also working on Battery S

wapping for the lower segment of vehicles and aims to set up around 400 battery swapping stations in the coming fiscal year.

It is also looking for any more investors who would be interested in the project.