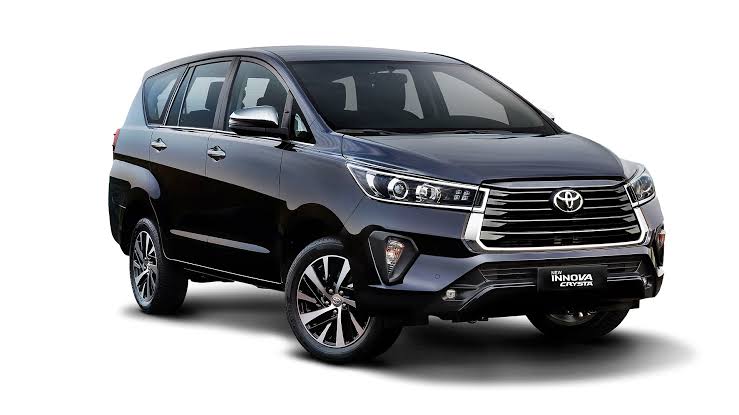 Get ready for the all-new Toyota Innova coming out on the Indian roads this Deepavali. The new version is a lot different than the latest Innova Crysta, which has been performing well on the Indian market. For a starter, it is a petrol hybrid vehicle with a lot of cool new features, and now let’s dive into some of them.

The New Innova 2022 comes with a 2.0 litre petrol engine coupled with a twin motor electric drive. This set-up is part of Toyota’s THS II, or also known as Toyota Hybrid System. The advantage of this set-up is that the new hybrid system will give off more torque. It is very efficient & light-weight too. The added power to the petrol engine will result in a much higher performance than a diesel engine.

All over the world, petrol vehicles are preferred for the powerful pickup and the quick burst of power. However, Indian market has only recently accepted the idea. With the fuel price of both petrol and diesel on par the Indian market has finally taken the giant leap of embracing the petrol power monsters or the gasoline guzzlers as they are famously called in the western markets. This might be why Toyota must have eliminated the diesel option in the new Innova.

Adding to the engine set-up, the Innova has undergone a lot of changes in its body and chassis.

The new Innova will come with a monocoque chassis which makes the model lighter by more than 170kg, than the current version. This will also add to the performance and efficiency of the vehicle. The design updates show a high-mounted grille with slender, peeled-back headlamps. This new monocoque design coupled with the petrol hybrid engine is the perfect recipe for quick manoeuvring and good pickup which had been lacking in most 7 seaters. The hybrid motor will compensate for the lack of a more economical diesel engine.

So, expect some crazy performance boost in the new Innova Crysta 2022. The new model is about 4.7m in height, slightly shorter than the older Innova, but it will have a longer wheelbase than the same, by about 2850mm.

Interior & Other Features of Toyota Innova 2022

The cabin has undergone significant upgrades too. It is likely to come with the wireless Apple CarPlay and Android Auto connectivity, wireless charging, connected car tech, reclining captain’s seats and cooling seats. The exact features that can be included will be better, since we have a clear 6 months before it will be unveiled. But, judging by the fact that Toyota is aiming for the family market in India, the new Innova will feature latest features before it hits the roads.

The New Innova will be priced slightly lower than the Innova Crysta and it will be available alongside it too. With all the new upgrades, the new MPV will face off fierce competition from the likes of Mahindra Marrazo, MG Hector, Maruti Suzuki XL6, etc.

While the initial models like Toyota Qualis became instant hits on the Indian roads, Toyota has been playing catch up in the Indian market for more than a decade now. The company has also entered an agreement with fellow Japanese automobile giant Suzuki for cooperation in the African and Asian markets. Other competitors are busy launching new models but Toyota has decided to launch a new facelift for the highly successful Innova.

In a way, it looks like a step back from the competition at the same time, Toyota is placing its money on a safe bet. It seems like a prudent step as the markets are slowly shifting towards hybrid and electric vehicles. The competition from Kia Carens, Hyundai Alcazar and others are also heavy. Mahindra XUV 700 and Tata Safari are also good competitors for the large 7 seater.

However, as far as the balance between style and performance, the new Toyota Innova 2022 will have an edge over the others and make a stand in the fiercely competitive market. It looks like the established and entrenched model of Innova will use its position to its advantage.

So, what do you think? Will the facelift from Toyota succeed or will it go down as an unnecessary facelift? Post your views in the comments.