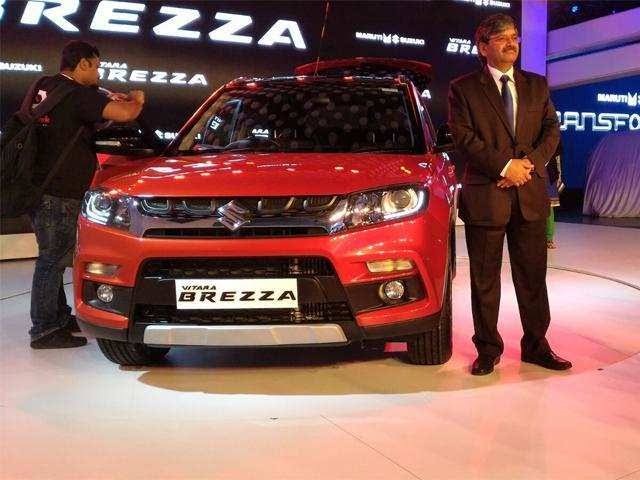 The All-new hot & techy Brezza is all set to be launched at the end of this month. Maruti Suzuki has officially opened bookings for the new Brezza and the new mid-size SUV comes with a lot of upgrades compared to the older Vitara Brezza. Apparently, Maruti Suzuki has even dropped the Vitara tag in the new car, along with going for a whole different look and feel. Now, let’s look into the details & features of the new SUV.

Engine and Transmission of the New Maruti Brezza 2022

The New Brezza is set to come out with Maruti Suzuki’s K15C engine. This is the same engine that came with the new Ertiga and XL6. The old Vitara Brezza was powered by a K15B engine. The new engine is good for 103hp and 136Nm torque, powerful enough for a mid-size SUV. The engine can be paired with either a 5-speed manual or a 6-speed automatic gearbox.

Maruti Suzuki has also announced that the automatic gearbox option will be available for high-spec variants of the car. With their own unique fuel saving smart-hybrid system available in almost all of its vehicles, the new Brezza’s top-variants will also receive the tech in them.

Besides these options, the company is also set to launch a CNG-powered variant in the coming months.

Exterior of the all New Brezza 2022

What sets the new Brezza apart is the stylish new design. It comes with a fresh new styling up front with angular headlamps and Daytime Running Lights (DRLs).

The SUV will also get a flatter nose with a new grille, new front bumper, and the bonnet. The A & C pillars are to be made invisible to give a floating roof effect to the vehicle. On the top side, there is going to be a sunroof present. This is a first for Maruti to place a sunroof on a compact SUV.

On the rear, the tailgates have been given a new look. Adding to it are horizontally positioned wraparound tail-lamps.

If the exterior is good enough, wait till you see the interiors. The new Brezza’s top variants are set to receive a 9-inch touchscreen infotainment system in them. Some dealerships have also said that a few top-spec variants will come with 2 touchscreen infotainment systems, while the mid-spec variants will get a 7-inch screen in them. The voice assistant, heads-up display, 360º camera, electric sunroof, etc., are present in the top end variants.

Along with these features comes others like cruise control, automatic climate control and even heads-up display on top variants.

Another interesting and important upgrade in the new Brezza 2022 is that the Electronic Stability Control or ESC comes as a standard in all variants. Further all variants get dual airbags, ABS and EBD.As of now Vitara Brezza has a GNCAP rating of 4 stars and with the upcoming upgrades, and we can expect a respectable 5 star rating in the same. In fact, the GNCAP testing has mandated the compulsory ESC in vehicles for all types of testing. Whether a coincidence or a planned development, Maruti Suzuki has made an important decision of upgrading ESC for all variants.

The top end model will also get 6 airbags which will provide additional safety to the passengers. In short, the new Brezza 2022 is equipped with features that can put the compact SUV on par with segment leaders like Hyundai Venue and Kia Sonet. As of now the Korean companies are ruling the numbers game but with the recent upgrades, we can expect Maruti Suzuki to dominate in this section too.

On-Road Price of Maruti Brezza in India and Competition

Maruti Suzuki is yet to announce the on-road price of the new Brezza, but their dealerships have opened bookings starting from ₹11,000. The interest for the new model is very high and dealerships have already booked as many as 4500 orders. We can expect the SUV’s price to be competitive amongst its rivals such as Hyundai Venue, Kia Sonet, Tata Nexon, Nissan Magnite and Renault Kiger.

We can expect more details after the launch of the vehicle on 30th June. Stay tuned for the launch.